« No drawer big enough to hold our 2015 ambitions | Main | This week in lost causes: Perspective » 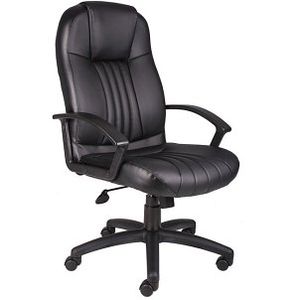 As a semi-professional woman living in one of America's coldest cities, I have a front row seat to the latest trends among the so-called Movers and Shakers - who, btdubs, are no longer referred to as "Movers and Shakers," that being a term that was retired 11 minutes ago, in favor of "People with Jobs," and also by their hashtag, #PWJs.

It can be very hard to keep up with these people, given that they are in a near-constant state of moving, shaking and otherwise doing the things that the rest of us will be trying to do 6-18 months from now, depending on our demographic group and proximity to the Heartland  - which, our sources tell us, will be super cold in 2015 and redubbed "SoHeart."

But my point is, you can't throw a desk chair anymore without hitting someone trying to sell you on their services as a "coach" of some sort. At the high-powered professional lunches I attend in America's Coldest City, I am regularly approached by every manner of coach, offering to improve my life/career/wardrobe/parenting/soupmaking/spiritual fitness/blowjob skills with personalized coaching and inspiration.

And while I am probably a little closer to the so-called "slicing edge" than many of you, there are still many areas of my life that are "less than the number of golf strokes at a given hole." But where to begin? With so many options, it can feel as if you need a Coaching Coach just to know whose services to engage.

As someone who would almost certainly be a super successful Personal Trendspotting Coach if not for a terrible decision to major in blogging 10-30 years ago, I've been able to put together the following List of Coaches You Will Need to Reach Your Full Potential in 2015:

1. The Coaching Coach: There is no better way to start off your 2015 Self-Improvement Effort than by hiring someone who specializes in telling you exactly how you need to self-improve. In 2014, this role might have been assumed by your mother-in-law or your spouse, but that won't cut it in 2015. You need someone with a business card. And that business card should be very small and have one of those black scanning square thingys on it.

2. The Selfie Coach: If there's one thing that will destroy your online cred faster than "duckface" in 2015, it's being the last person in your peer group to know that, hey, we're all doing turtleface now. Duh.

3. The Foot Coach: Move over six-pack abs. Your term is up, Michelle Obama arms. Our research shows that in 2015, the body part to obsess over is right in front of you, assuming you are lying on the couch. You might not ever have Kardashian toes, but in 2015, you should at least aspire to.

4. The Celebrity Twitter Coach:  Twitter turns 9 this year and teenage girls everywhere are already celebrating its 16th birthday. That's how behind you are. It's not enough anymore just to hire a coach to help you keep up with the right celebrity T-feeds; in 2015, your coach must be an actual celebrity, or at the very least a celebrity look-alike.

5.  The Food-Coach: Food is going to be even more complicated this year, as the proverbial "15 minutes of fame" for cool ingredients shrinks to just under 10. Just because you were one of the first people to jump on the kale shake bandwagon doesn't mean you're ready to eat in 2015.

6.  The Instagram Coach: Appetizers photographed in low light will just make you seem old in 2015. What will the cool kids be IG-ing this year? Still appetizers, but the lighting is going to be completely different.

7.  The Facebook Status Update Coach: You already know how important it is to get this right. But in 2015, you can add your mother to the list of people who will be judging you. It's a cruel, cruel, not real world.

8.  The College Major Coach: Who has time to keep up with the flood of new "studies" and "almost-like news articles" documuenting the repercussions of the loser college major you settled on decades ago? A college major coach will send you personalized daily text updates on how much more money/sex/life satisfaction you would have achieved by now if you had done almost anything else.

9. The Sexting Coach: If you're still having sex with other people in person just because that's the way your parents did it, #Eww. Who wants to think of their parents having sex? Join the 21st century, but by all means, get professional help. Sexting Gone Wrong is like herpes, only more viral.

10. The Micro/Extreme-Hobby Coach: Want the boss to finally notice you in 2015? It's what you do outside the office that will get you the raise this year. This is not the year to finally take that painting/photography/scrapbooking class you've always wanted to try. Unless you want people to think you're over 30. (Over 30, in case you've been dancing in a cave, is the new Over 35, a.k.a. "Career Suicide.") An extreme hobby coach can introduce you to roller parachuting or cave dancing instead. He or she can also keep you "ahead of the curl" by letting you know the exact moment when cave dancing starts to go lame.

Posted at 01:19 PM in Ask the Suburban Kamikaze | Permalink

When I retire I will be looking for a Prevost Marathon III Coach complete with a diesel engine, wet bar and fold-out camper deck; oh, and small Honda on the back.

OK
What can I say. Of course if you want real quality and efficiency, you need the coach who has the Ph.D. and has written the book--How to Coach Everything.

Yes, the Coach of Coaches. I could also use a new Coach bag.