If there is one thing I know about the suburbs, it is that things aren't always what they seem. 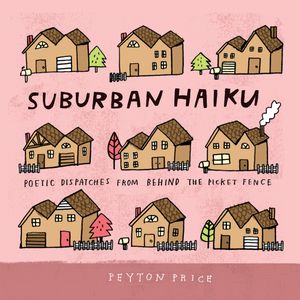 From the outside everything may look tidy and above reproach, but inside? Your neighbors are having sex with their gardeners. Or  running a large scale marijuana franchise out of the master bedroom.

But whose grass is really greener?

That's what Peyton Price set out to discover.

For years now, she's been following us in the car pool line, digging into our flowerbeds and peering into the smoke-filled back rooms of the PTA. She has stood on the sidelines and looked into the lunchboxes. She knows what's hiding beneath our couch cushions.

She knows what's taped to the front of our giant refrigerators: Orthodontist 3 p.m. Don't Forget!  Is anyone ever going to empty the dishwasher??  It's a rhetorical question. She knows that too.

My point is, Peyton Price knows things, if you know what I mean.

Click on the pretty pink book for more details.

Posted at 08:49 AM in Not Now, Mommy's Reading, This Week in Suburbia | Permalink

Your blurb above should be on the book jacket!

That is no way to hide out from the PTA.

if you notice your "Recent Comments" you will see that I've taken time out of busy scratch me ass and eat stuff I shouldn't Sunday to RAID your blog.

Haiku
Roses are red
Voilets are blue
Since when did we start getting roaches?
Somebody call the bug man.
P.S. When you write "

I would have to check with Peyton to be 100 percent. But I am pretty sure that is not haiku. Eat Stuff I Shouldn't Sunday should really be a thing.