Happy Holidays from the Kamikaze Family

To our dearest friends and family members, not that we don't think of our family members as friends, or for that matter, our friends as family members, but the point is, do not attempt to start your own Christmas letters with a run-on sentence, I am a professional. It has been such an incredible year in the Kamikaze family; I am almost embarrassed to be sharing so much achievement and good fortune.

If it feels like a little too much at any point, remember that however inadequate your own accomplishments may seem in light of our big, big year, they are still special in their own way. Let's hear it for you!

I would begin with the biggest news, but again, it's been nothing but big news this year, so let's just start with me.

First, I met my goal of completing a page a day on at least one of my 365 novels in progress, some of which are more like grocery lists, but still. As the saying goes, a page a day is a novel a year, if you are Nora Roberts. I wish I could tell you there were some sort of shortcut to this type of achievement, but there's no getting around the fact that setting the bar very, very low is kind of the linchpin. Also, typing. 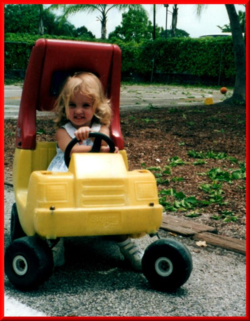 In sporting news, as you may have already heard, it looks like I will have to clear out a little space on the trophy shelf as the Midwestern Suburbs' 2014 competitive figure skating season gets under way. I'm not exaggerating when I say I pretty much own the 14-and-over category in my division.

But it's not just the trophy shelf sagging under the weight of my accomplishments. My resume, while not technically sagging, is also getting a little crowded, with the addition of 14 new part-time jobs this year, some of which even came with salaries.

Of course, with every increase in earning power, the Kamikaze children were there to take up the slack. I don't think there are two children on the planet with the budget stretching talent of the Kamikaze offspring.

We didn't think we could afford to equip the boy with the overpriced - yet incredibly fragile - telecommunications device he coveted, but, as he was able to demonstrate by dropping a weight on the first one, it turned out we could actually afford two! And you would not believe the price of the college education we were able to obtain for him simply by mortgaging whatever was left of our hopes and dreams. 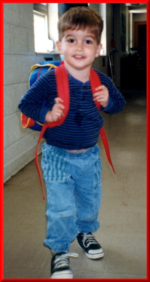 As luck would have it, Veruca Salt Kamikaze has turned out to be something of a financial magnate, leveraging her babysitting money for concert tickets that she resells at a profit to buy more concert tickets. Anything left over goes to buy overpriced perfume sprays with names like "Underage Seduction" and "Don't tell My Parents What this is Called."

If anyone can afford to keep the Kamikaze family in overpriced perfume spray with flagrantly sexual overtones, she's the one. I doubt there is a sexier smelling house anywhere in the 12-state Midwestern region. She also baked a record number of cupcakes and became a semi-licensed driver, so the car smells pretty good too.

Technically of course, it is Mr. Kamikaze and the newspaper "industry" that keeps the Kamikaze family in overpriced perfume spray, not to mention replacement phones, figure skates and cupcakes, but a Christmas letter is no place to get technical. It is enough to say that without him, and the couch cushion coin reserve, the entire enterprise would be pretty shaky. And most of those coins are actually his too. But whatever. Maybe it's the cheap red wine in the $65,000 wine glass talking, but it all seems to work somehow. 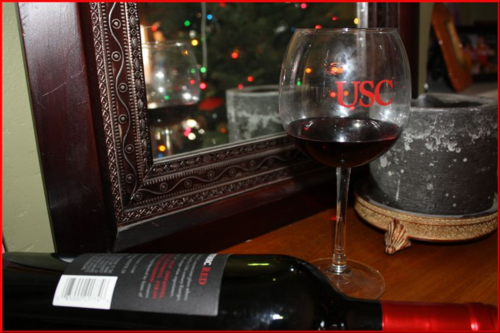 Posted at 10:36 AM in Holiday Traditions I Just Made Up, Seasons Bleatings | Permalink

Apothic Red, a favorite in our household as well. It is what we can afford.

Congratulations to the Kamikazes for figuring out how to spend that increase in earning power. That is quite a skill. My family possessed this amazing skill as well. Back to work so that I can provide another increase.

If we had known how much college tuition was going to cut into the wine budget, we might have kept fewer books around the house. Live and learn.

Happy New Year PD! Hope 2014 is looking up for you and you can stop working 67 thousand part time jobs!

It is so nice to hear from you. I am on track to be even more in demand in 2014. You'd be surprised how many people will let you work for almost free. It is a real growth industry.