« Numerous economic principles were harmed in the making of this care package. | Main | Call me » 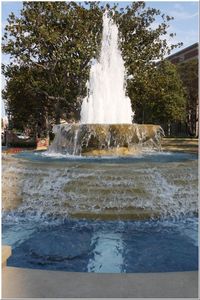 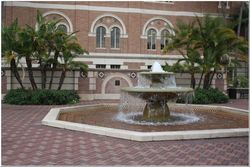 They are human GPSes when it comes to sniffing out expired food in the fridge. On the bright side, now he knows where the office is.

We could not be any prouder.

There is an app for that.

If he were a NYC boy, he'd know to hop into a taxi and let the cabbie figure it out. This is a danger for parents trying to raise children in environs outside Manhattan ... in the sticks like South Florida or Chicago. Then again, are there cabs in southern California? Or just limos?

Limos and skateboards, I believe.

My USC freshman son and I have identical conversations, across 3000 miles and 3 time zones. Lynne Helm, my NYC boy would definitely take a taxi, if they only allowed them on campus....

I seem to recall a time when I was giving directions from Ft. Lauderdale to someone, I just can't recall---who had taken a wrong turn out of Illinois into Wisconsin somehow on the way to a skating rink (because there isn't enough ice in the yard). I recall telling that certain someone to find a CAB, tell them where you want to go, and FOLLOW them. And then that someone complaining that I had sent them in the totally wrong direction. I'm just saying. Possibly genetic...

Obviously, it could have been farther. If it were located in Illinois. But in that case, you might have been able to provide better directions.

Well, duh, Mahhhm. Didn't you KNOW you were supposed to memorize the campus that he LIVES on; just for occasions like this?

You have a son who calls you? I'm jealous!
Over at my house I'm just the assh*le that bugs him.

He calls, he texts, he sends flowers.

Sounds like he still needs you. Why? No idea. "A friend of mine" was recently told by his freshman daughter that it was no longer necessary to call her every day. "I'm busy," she said.

I am pretty sure our daughters never needed us at all. Mine has been ready to move out since about third grade.

See, this is where I get lost.

Know where I can find a low-paid humor and press release writer?

Ahhh...it is still our fault when they are in college. Love this!

If we were doing anything right, we'd be sitting at a fountain under some palm trees right now.

Doesn't engineering require the ability to navigate and figure out how things work at USC? What they really need is a week long "wilderness camp" for all incoming freshman--their mission "you figure it all out."

Wilderness camp for teenage boys would just be a day without their iPhones.