« This week on "What's My Problem?" | Main | Crying into an endless supply of clean towels »

Not quite empty nest syndrome

Boy, Esq., whose new life as a Californian begins this week, is listening to me weigh the pros and cons of a job offer that I am thinking about considering.

It would mean long hours away from home, where I have managed, for most of his 18 years, to maintain a glamorous quintuple life as a freelance writer-editor-secret agent-figure skating PTA mom.

How I manage to juggle all of these roles is a secret I am saving for my memoirs - working title: You Can Do it All, Just Not Very Well - but the point is, I do it all so seamlessly that my firstborn doesn't even realize that I divide my parenting responsibilities between him and a completely different child who has been living here the entire time.

I know this because when I mention the hours I would have to put in at the top of one of those tall buildings in the city where people go in early in the morning and do not come back out again for hours, he doesn't see what the problem could be.

Then I show him the pictures. 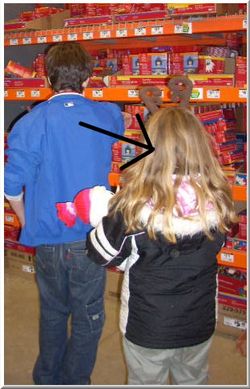 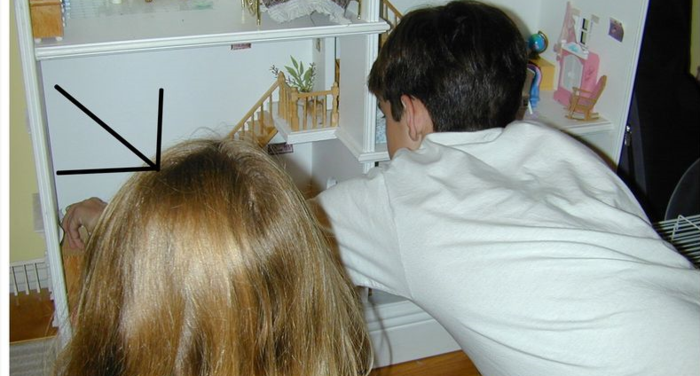 Photo: (Above) Boy, Esq., who until recently, believed he was an only child, releases the classroom hamster into the dollhouse while his sister watches quietly from the background, where she will go unnoticed for the next five or six years.

He's just getting a jump on the adult male homeosapien phenomenon of believing that he is The Last Man On Earth. He's right on track. And while you're up . . .

Here, the boy had consumed so much of the household oxygen that when he went away for summer camp for three weeks, the girl said, first, ... "I can breathe ..." and then, "This is like heaven!"

All of which makes your decision that much more agonizing, yes?

I don't know how I am going to do without his time management tutorials.

That is hysterical! My son has the same attitude about his sister. He's often saying "oh yeah...her."

So they're all only children then. That certainly explains a lot.

Mine IS an only child and has informed numerous times that before he was born the world existed in black and white. AND that while he's away at college life here ceases to exist. It's got to be a boy thing.

I think we need to get a grant so we can study this phenomenon further.

Yes, a grant. It's going to have to be six figures just to cover the therapy bills for the Unseen Siblings. And the Cotes du Rhone.