Crying into an endless supply of clean towels 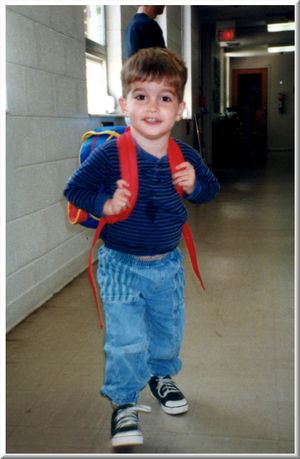 I promised myself I wasn't going to get all weepy and stuff over the fact that my house will soon be stuffed to the ceiling with clean towels.

It's going to feel a little like Bed, Bath and Beyond around here. I might even start using a different one for my hair, like the teenagers do.

But it might be a while before I can enjoy it.

It's not easy contemplating the idea that the little boy who wouldn't let go of your leg on the first day of preschool, and who once vowed to marry you when he grew up, if you were not dead by then, is now ready to take up residence 2,015.3 miles away.

And he won't even let you buy him a lunchbox, let along a hand vacuum for his dorm room. Which is a good idea no matter how much he mocked you for suggesting it.

Whatever. If he wants to live in crumbs, that's his choice. He's a college student now. Also, he would have no idea how to operate it.

My point is, it's a huge achievement for us both and there will be a lot to celebrate once we have made the necessary emotional adjustments and come to terms with the staggering amount of debt and fresh linen.

But first there is a four-hour flight to Los Angeles with Boy, Esq. this afternoon and the 400-hour return flight by myself on Friday, where anyone dumb enough to take the seat next to me is going to have to look at my sonogram pictures from 1995.

Awwwww, hun. You're breaking my heart here. It'll be all good. One day you'll look up and there won't be any clean towels again and there will be sticky finger prints on everything and he'll be apologizing and chasing his kids through your house and you'll feed them one more sugared down treat before you shove them all out the door and breathe a sigh of relief that he has to deal with them when they are swinging from the ceiling fans later...

See, told you it would be alright. ;)

You are FAR braver than me! I refused to let mine go out of state. So he went as far as he could without crossing the state line. Sending hugs. And you can use those extra towels to blot your eyes.

How are you holding up? We are just starting senior year and I'm the dorky mom crying on the college tours.

Save your strength. You still have 9,000 little data boxes to fill out in 15 different places, each of which will require a unique password and surgical precision to navigate, along with multiple conflicting deadlines and escalating fees. But eventually you reach what you will believe to be the home stretch but which is actually just the beginning of the process of correcting the inevitable error you made on a financial aid form six months ago and which must be fixed before you can pay the amount you were going to have to pay all along because that is what everybody pays and that amount is $AllofYourMoney.99.

Then there will be a short window for your tears before it is time to begin your paperwork for the following year.

Of course your experience may be different.