« Lean where? | Main | Once a largely thankless job, complaining about your teenagers now brings big honors »

A day in the life

I came home from BlogHer13 last night, tired, inspired and carrying sex toys in my luggage, just like last year. But the conference was in Chicago this year, so I didn't have to do a lot of tricky logistical planning like getting to the airport or synching myself up with the time-space continuum. 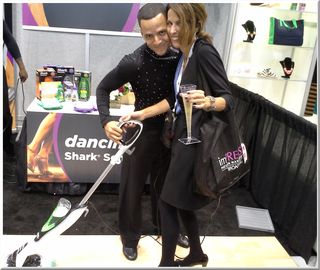 When the alarm went off at way-too-early this morning, I knew it was time to resume my schedule in the non-blog world, where nobody texts you at 3:45 a.m. to ask why you left the party early, and there is not nearly enough champagne vacuuming.

I got up, got ready for work and drove to the office, resigned to the prospect that it was going to be a very long Monday. I could not have been more wrong.*

My first thought was that I wasn't the only one coming off a crazy weekend; the parking lot was completely empty.

I would like to tell you that I figured out my mistake before I unlocked the office door, but I can't because at the conference on Friday I told a roomful of bloggers that, much like a tax return, humor writing is better when the underlying facts are unembellished.

*It was Sunday. Technically it would have been more wrong to have imagined it was going to be a really long Tuesday, or Wednesday or even Thursday, but that is an example of a rhetorical point, which is not subject to the same standards of accuracy.**

**I point this out merely to give you a small taste of the wisdom I shared during the humor writing panel, where bloggers Georgia Getz, Krista Burton and Elizabeth Jayne Liu said things that were actually useful.

They also made me laugh so hard, I forgot what day it was.

Posted at 12:45 PM in Ask the Suburban Kamikaze | Permalink