California Diary Day 1: Some of us are more totally stoked than others

Come along with the Suburban Kamikaze and her adorable teenage son as they begin the journey of a lifetime, or roughly four hours by air:

We are traveling west to begin the boy's transition into self-sufficiency and "the real world" where he will be expected to make his own toast, do his own laundry and handle his own expenses.

First there will be four years at the University of All Our Money, where the all-you-can-eat meal service runs 24-hours a day and we will be paying all of the bills. Still, laundry is a big step.

It's my job to make the transition as seamless as possible. Toward this end, his sister and I have begun an immersion program in which we try to speak to him only in Californian.

I won't lie to you; it's been a little rocky. Sometimes I feel like he's not even trying.

We'll be taking the 105 to the 110 to the downtown exit, where we can hopefully score some frozen yogurt and free parking. It's going to be, like, totally awesome.

Study: 4 out of 5 teenagers believe they are making sense

Mom, to boy: Did you clean the bathroom like I asked?

Mom: (stares with what looks like a complete lack of interest, but is in fact, genuine curiosity. Where is he going with this?)

Boy: (stares back with what looks like genuine interest, but is in fact, faux curiosity.)

Mom: Did you clean any bathrooms?

Mom: So which bathrooms didn't you clean?

Boy: All of them.

99 Reasons to Drink in the Suburbs #27: Flamingos

You know that margarita season has officially arrived when you wake up to find a family of flamingos on the front lawn.

It's traditional. It is extra nice to find them not buried up to their necks in snow, as the result of what Midwesterners like to call a "late season snow" but which really just means "snow again."

Midwesterners, unlike flamingos, have learned to keep their weather-related expectations very low. They are, however, pretty goddamn finicky about the margaritas. 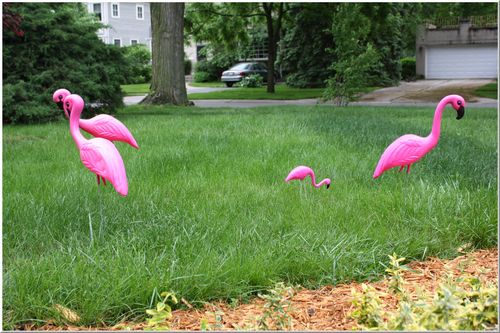 from the tequila archives: This week in Margaritas