« Veruca Salt, road warrior | Main | How to get a man to have sex with you during mulching season »

Little Boy Blue, Esq. and the man on the moon

Call me a crank, but I'm skeptical when people tell me I'm going to miss stuff like this when the boy goes off to college in the fall.

It would be like getting sentimental about diaper changes or melted crayons in the back seat of the car or that time when he bit you because you wouldn't let go of his hand in the store or how he used to insist on carrying around that giant stuffed panda he could barely get his arms around and then he'd expect you to carry him and the panda and you would of course, because it was kind of adorable even though you could barely see where you were going over the top of that stupid smelly bear, which he called "pamba" in that little voice and oh god, I wonder what became of that bear? 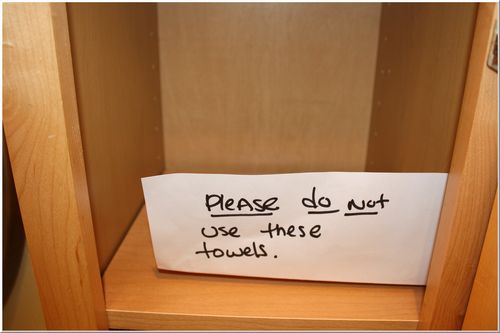 Still, this is really annoying.

from the Boy, Esq. archives: Can you tell me how to get back to Sesame Street?

Remember when his feet were really tiny and soft and adorable?

Yeah. That's nothing you miss.

Remember the middle school years when you could find their shoes with your eyes closed? I will never forget that smell.

*Some* things you will miss. But there is a whole bunch that you won't miss.

The day he forgets to take the trash out every week is going to seem very quiet.

These are some,but not all, of the moments that I refuse to miss but will always keep in my heart about Little Boy Blue Esq.:
1) Dancing with his sister on the roof of your SUV behind oblivious you
2) The breakfast food only years;
3) The white food only years
4) The day the art teacher thought he was mine
5)The dinner (they were about 8) at Boston Market, where he and our son sat at their own table, with napkins in laps, discussing history and an elderly couple interrupted their dinner to come over and tell us our children were the most well-behaved they'd ever seen. This was exactly one day after said Little Boy Blue Esq. and his sister had a food fight under the table at Grumpy Dick's
6) That he was the only one of the roving summer crew who actually followed my sleep-over rule of reading 1 half hour in bed before sleep
7) That Halloween candy is never safe
8)That he was and is never afraid to take on the toughest one billion piece Lego project and make it a hundred times better than the picture on the box or to choose and manage to carry the largest pumpkin from the patch 9)Fourth Grade and The Silence of the Lambs ---where you realized you would never win an argument with him again.
10) The Cubs years
11) He and the crew at the horse races--when they were 6---winning more money than I could explain, to parents who had no idea I'd taken their innocent kids to the races 12) Him, not helping me, sanitize the recap of the first ice hockey game to the parents of the crew, by shouting out "there was blood all over the ice!"
13)Sunrises and donuts at the beach
14) That his laugh still makes everyone within earshot feel they are the only ones he is laughing with.
15) Me, hoping he will always remember, that the art teacher was right. He and the crew, who shaped every day, enriched every moment of the last 13 years, are our sons too.

Oh god. They really are leaving us aren't they? Please say yes. Just kidding. Sort of. Is there a drug for this stage of ambivalence? A vintage?

The antidote is called grandchildren. Unfortunately, my first grandson is the same age and the second is right behind him. I guess I can look forward to the great-grandkids. Wait, that wasn't the answer you were looking for, was it?

Your ideas are terrible. But they make mine seem even better.