The 10 slowest moments in parenting 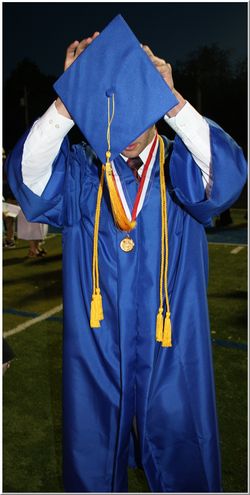 It goes by so fast.

But it's just a trope, meant to suggest that no matter what you might be suffering in the moment, someday, in what will seem like no time at all, you will think back fondly on the experience, presumably because irreversible brain damage caused by years of trying to hold conversations with teenagers has left you with less than reliable recall.

Also, it  is very difficult to summon up a smell from memory.

My point is, it may seem like only yesterday that they were fighting to the death over whether it was a bigger share of responsibility to forget to put the garbage out week after week or to fail to empty the dishwasher day after day. But in fact, it was actually this morning.

You want to stop time? It's not rocket science. All you need is a toddler and a public bathroom.

Here, in no particular order, is a collection of the truly time-stretching moments in parenting:

10. Time after time: Time spent listening to the boy bands whose hits will play in an endless loop on the soundtrack of your life throughout the teen years, which begin around age 9.

8.  Quantum Time: Time spent trying to coax a toddler out of the ball pit in an alternate universe where the food makes you want to kill yourself and the musical act is a collection of large, singing animatronic rodents. You're going to have to go in, but first you're going to waste a whole lot of time.

7. Time of Your Life: Time spent trapped in a car with a teenager learning to drive.  It may seem like the road itself is expanding, but it is, in fact, the very fabric of time.

6. Time is Money: Time spent trying to convince children that the lesser-priced, overpriced backpack/footwear/headphones/electronic device is a better value. Please. If you really knew anything about value you would have immediately purchased the most expensive option available, sparing yourself an experience three times as long but exactly as expensive.

5. Time in a Bottle:  Time spent at children's birthday parties that include at least one slightly overweight man sweating in a superhero costume and performing tricks/bad jokes to an audience of sugared-up elementary school children who will all demand the same time-bending act at their own parties. It will go on forever, but the wine is pretty good.

4. Time is on your side: Time spent in development and launch of new systems designed to tweak household cleaning practices that currently have you doing the bulk of the work, plus everything else.

3.  In due time: Time spent on deadlines that coincide with teenage daughter's sense of utter boredom and/or discovery of new pop sensation, teenage son's sense of imminent starvation and other family members' sense that you probably know where they left their keys and/or wallet. Bonus time-suck:  You do.

2. Times table: Time spent participating in the timeless ritual that is called "family dinner" because no one would ever make the effort if it were called "three hours of work for a half hour of forced conversation with small disgruntled people over food nobody really likes that much."

1. Time well spent: Time spent completing college application and financing paperwork under a set of procedures that includes a multiplying set of deadlines for submitting duplicate information that will be plugged into a formula by which everyone is eventually asked to pay $allthemoneytheyhave. 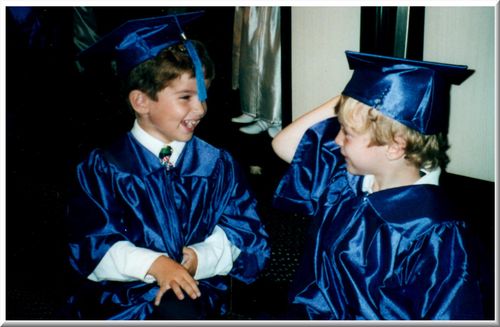 Photos: From diapers to diplomas in less than 1/3 of your total life expectancy.

Posted at 01:47 PM in What Passes for Parenting | Permalink

#3 is MY LIFE, as long as you replace "new pop sensation" with "new and moderately terrifying way to interact creatively online with the entire internet".

Oh god. Getting a very Groundhog Day-like sense of deja-been there. It seems like yesterday. Also the day before that.