« The Suburban Kamikaze goes to cooking school and no one is seriously injured | Main | Where does the time go? »

Tidings of Comfort and Joy

If there is anything more heartwarming than the sound of the Kamikaze children making their Christmas preparations, I don't know what it could be. White Christmas maybe? Sung by Alvin and the Chipmunks and played in an elevator, trapped between floors?

Fa la la la la. The boy is badgering his sister into wrapping gifts for his girlfriend. Because he can't possibly do it as well as she can. Also, he is really busy. But not so busy that he won't stand over her, criticizing every step. Has there ever been a shabbier effort in gift wrap history? He does not think so.

First, she turns the box onto its top to make sure the seams are underneath. "What are you doing?" he protests. "Are you retarded?" Then she cuts the paper all wrong.

But Veruca is very susceptible to the idea that one day, maybe, he will turn out to be like one of those big brothers in a Disney special, the kind who is always looking out for his little sister.

"Holy shit," he says. "Did you use the whole roll for one thing?"  He cannot believe her incompetence.  How is it possible that a 14-year-old girl can't even wrap a present to his exact specifications?

I can't believe she puts up with it. Except that I am the one who drove with him to three different stores to find the perfect box to go under the gift wrap that Veruca is butchering. We're all kind of invested in this thing. 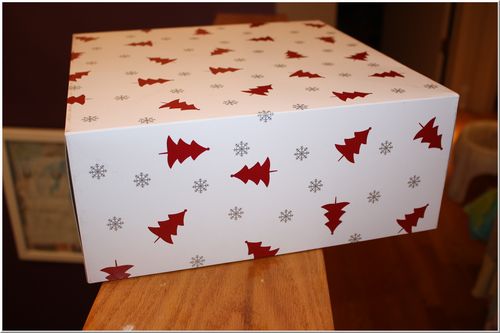 Posted at 06:50 AM in Holiday Traditions I Just Made Up | Permalink

Seriously though, he is the most annoying person I've ever met. You are wrong about one thing though, I know he will turn out to be one of those brothers like in the Disney specials. I know.

Oh god. Poor Veruca. She has inherited her mother's capacity for delusional thinking.

More important, what was inside the box and did Boy Esq. pick it out himself?

I have him pegged to hire a personal shopper -- Veruca, naturally.

That is one thing he refused to delegate. At least not to us. Poetry, probably. Or paper crafts.