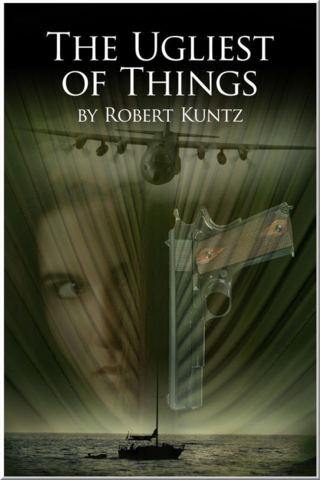 I had a bad feeling about how it would turn out for the former military special ops guy turned charter boat captain in Robert Kuntz's novel The Ugliest of Things.

And not just because much of it was set in a palm-strewn Latin American drama camp of endless power struggles between revolutionaries and dictators who switch sides every five years.

But also because Robert and I spent years working side by side in a place almost exactly like that.

Back then it was called "Miami."

We weren't running guns to rebel forces or using fake passports to cover our tracks as we sought to make sense of the  endless variety of subplots. Outside of the newsroom, no one ever handcuffed us to a chair and tried to intimidate us. Janet Reno didn't need handcuffs and in the federal courthouse where Robert spent much of his time, no one ever offered a reporter a chair. But we had front row seats to a lifetime's worth of schemes that make a lot more sense as fiction.

Our job was to infiltrate the court system and write the stories some people didn't want told. Also restaurant reviews. It was a dirty job, but the food was excellent.

We learned a lot about plotting and dialogue and the hidden agendas of people who called themselves "judges" and "lawyers" and "editors."

Robert always had a way with a sentence. And a secret past that included a stint at every single job in the universe. Somewhere along the way he also seems to have picked up an expansive knowledge of weaponry. He may have been a mercenary at one time, but it's possible he just paid closer attention on the I-95 commute than the rest of us.

Now he's a novelist too. And my head is full of sentences about privilege and power and clay pots that are so well written it will be weeks before I can think of anything funny to say about my laundry.

I will try to make it up to you.

Here is an excerpt I am pretty sure was inspired by one of our editors:

"The first and most important purpose of that power was its own preservation, so the president was trained from the nursery to sniff out the least whiff of rebellion, until his sense of it was so keen that he could smell it on a man like yesterday's cigarette. A servant girl who was less than accommodating or a guerilla who planted a bomb on a bridge. They were the same, really."

-The Ugliest of Things by Robert Kuntz

I only read that five times. Today.

No thanks are necessary. But a sequel would be nice.