I am only four cards away from a really good hand

We could really use some eradicrapping1 around here. But nobody pays any attention when I suggest it. Must be the macoustics.2 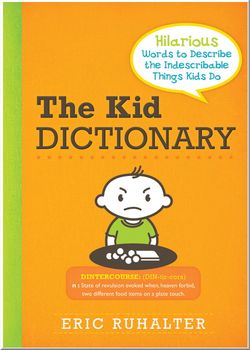 I don't actually believe my house will ever be free of High School Musical playing cards, ponytail accessories, or those shiny green gum wrappers I find everywhere, but thanks to Eric Ruhalter, a New York television writer/producer, father of three and author of The Kid Dictionary, at least I know what the process would be called if anyone ever bothered to undertake it. Which they won't.

And while it can never match profanity for sheer usefulness, especially during the teenage years, the Ruhalter lexicon has plenty of words you're going to want to begin using in your rants right away.

It's probably not going to fix anything (see "macoustics") but knowing there's a word for it makes you feel like you're not the only person taking requests in the shower. Where the fuck is Daddy? is all we had before Ruhalter recognized this phenomena as the shampestery it is.

So you know that thing your kid does that should have its own word? Tell me about it in the comment section and I'll send one of you a copy of The Kid Dictionary. The rest of you get High School Musical playing cards, beginning with the six of diamonds. Why is there a six of diamonds in my palm tree? I blame the people at Disney merchandising, but what do I know? I'm just the momikaze.3 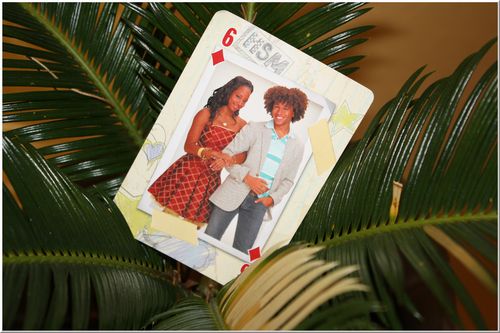 1 eradicrap  v: to purge your playroom of old toys when your kids aren't around to protest

2 macoustics  n: the frequency of a mother's voice that her children find so easy to ignore

3 momikaze n: a mother whose children push her to the very brink of her sanity

from The Kid Dictionary by Eric Ruhalter

The words I use to describe what my kids do are not repeatable in polite company. Luckily I hang out mostly with assholes.

Eric Ruhalter has only just entered the parenting-a-teenager stage. Prediction: His next book will be mostly unprintable.

What parents don't ever realize is that once they turn 13 kids can't even understand what we're saying any more. We are just an annoying buzz, somehow louder in inverse proportion to the laundry on the floor.

Then you cash a check, stuff your wallet with twenties and suddenly they're all ears.

There should be a word for that.

I'm thinking this blog can't really call itself a Mommy-Blog any more. People with kids should be commenting all over the place here in the hopes of being the lucky winner of this dictionary, which will make it possible for them to describe all the indescribable things their kids do but where are they? A mystery.

I think it's the Captcha. It took me 7 captchas to post that last comment. I can't read the darned things--they are almost words, but not really, which will be the problem with his next dictionary. Teens pretty much limit their speech to textable acronyms like WTF, BRB LMAO, WWJBD, YOLO and WMJ...ok, fine, I made that last one up.

I usually tell people it's a Sex and Laundry blog. But they always hear "Sex and Lingerie." Which is just weird because who would write about their lingerie? Although if anyone ever comes out with a Lingerie Dictionary, I will be all over it.

Also, I am pretty sure it's WMD.