« I wish to apologize in advance for next week's record snowstorm. | Main | Insurrection, by Victoria's Secret »

We've had this conversation before. What suburban couple hasn't? Sorting out who will be responsible for what in the coming zombie apocalypse isn't as easy as deciding whose turn it is to do the dishes, or whether the children will be raised as vampires or werewolves. 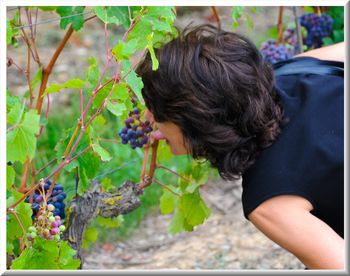 But I never expected to be cut from the team.

It's true that Mr. Kamikaze has qualifications that could further the process of staying alive and rebuilding civilization from scratch and I am good at word games. Does that make me useless?

Like the Apocalypse-ready scrap-parts inventor profiled in the New York Times, Mr. Kamikaze can take things apart and put them back together five different ways using nothing but stuff he buys at Home Depot.

It's impressive, I guess.

But let's not forget that Mr. Kamikaze has the luxury of being able to work uninterrupted, in total concentration, inside an impenetrable force field that makes him invisible to children. Whom he also cannot hear or smell.

I don't even remember how to take a shower uninterrupted. Still, there must be something I can do.

"You provide perspective," says Mr. Kamikaze, pronouncing "perspective" in the tone of voice people use while fashioning air quotes with their hands. "You could plop down in the middle of the radiation-poisoned road and wail, "You're leading us to our deaths!  What is the point? Let's just die here!"

He laughs because apparently, the prospect of death by radiation poisoning is something Captain Apocalypse finds funny. Do we really want someone like that on the team just because he knows how to take a toilet apart? Also, the whole "plopping down in the road" speech is part of his ongoing refusal to take responsiblity for the navigation failures that left us lost, almost, in the mountains during a hiking trip more than 20 years ago.

"Let it go already," I tell him. "There is no way that was the right trail. It was completely overgrown. Also, it wasn't even marked. Everywhere else the trail was clearly designated. Which would suggest - to anyone paying attention - that we were no longer on the trail."

My point is, it's not fair to leave me off Team Apocalypse just because I can't build a working generator out of sticks and rocks.

He puts our Suburban Overachiever neighbors on the team just because they are too lazy to go out and buy stuff like everybody else. Mr. Overachiever builds stuff with tools Mrs. Overachiever grows in the backyard. She makes sushi from stuff she carries around in her purse and kills lobsters with her bare hands, but does that really qualify as survival skill? "She could make bouillabaisse from roadkill," says Mr. Kamikaze.

As if anyone is going to eat that.

"I'm not auditioning on my culinary skills," I say. I make a mental list and come up with ice skating, arts and crafts, punctuation, dirty talk.

I run my finger around the rim of my coffee cup in what I believe to be a seductive gesture. "I think I bring a few things to the table," I say.

"Ice skating?" he says, refusing to acknowledge that I am bargaining with real currency now.

"You are going to be disappointed if you think you're going to come across some 25-year-old hair tosser who can do what I do," I say. It is a mistake to try to underscore my meaning with an actual hair toss, but the point is made.

"The hair tossers will learn quickly," he says."They're going to be pretty motivated I think."

But it isn't long before the powerful seductive influence I still hold over him in the pre-Apocalyptic world leads to compromise. "We can use you as bait," he suggests.

"No thanks," I say. Now that I've got him negotiating, it's just a matter of time before he offers me a real position.

"You do have some diplomatic skills," he acknowledges finally. "We'll send you in to negotiate with rival gangs."

It's only one step up from bait, but it's a start.

Photo: Foraging for wine in the French wilderness. By Rick McCawley

Posted at 08:32 AM in Date Night, Sex in the Suburbs, Suburban Overachievers | Permalink

I wish I had your skill set. "Bait" is the unattainable dream for me. Looking up recipes for brains as we speak.

Jeezus. We're going to need a really good wine to get those down. I am working on my hair toss. It is a lot harder than it looks.

I first read "you're leading us to our dentist" which could be close enough to deaths.

Surely there will be one or two dentists left among the survivors. They are very good with their hands. Not that Mr. Kamikaze will care.

Well hell! If being good at word games knocks you out of the team then I am SCREWED! I don't have much else to bring to the table.

Roadkill. Not such a good word for today. One of my ducks got run over by a car yesterday. Srsly. I'm still sad about it. I was hoping not to be reminded of it today. Well, don't feel bad. I get over it. Eventually.

Use you as bait? Hmm. Well, after the zombie ruckus is over, it could be you might be the prettiest girl left standing. Me, I wouldn't so quick to do that. I'd have to see who else is on the team.

Call me a dreamer, but I can't even imagine a world where Scrabble savvy counts for nothing. And no one is looking out for the ducks. So sorry, Audubon.