"Grocery shopping with children is like parkour without the coolness." - Mommy's Martini 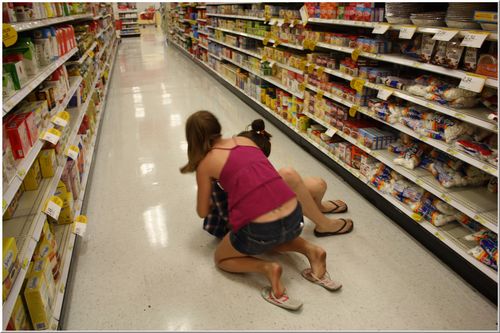 In the laundry room, everyone can hear you scream

A Critique of Household Rules by its Teenage Members

1. Your rules are pointless.

2. We never get credit for not breaking the rules.

3. Sometimes we get blamed for breaking the rules when we didn't even see you notice.

4. Sometimes we break the rules and nothing happens. So how can that even be a rule?

5. If we can argue the rules longer than you are willing to defend them, they shouldn't count.

6. Other houses have better rules.

9. If you expect us to follow the rules, first you have to make rules we agree with.

10. That's not really a rule. That's just your opinion. 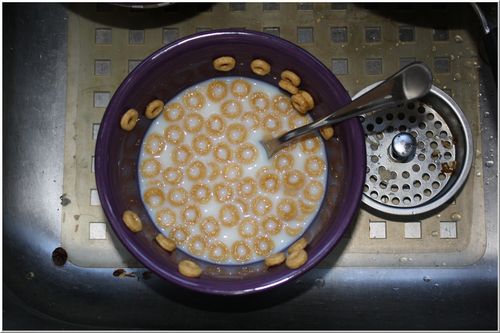 A teenager sees the sink as half-empty.

from the teenage archives: Teenager announces plan to take out garbage, How to feed 4 teenagers for two weeks for under $1 million, Teenage Wasteland

99 Reasons to Drink in the Suburbs #16: That crappy leftover faux-lada wine cooler isn't going to drink itself 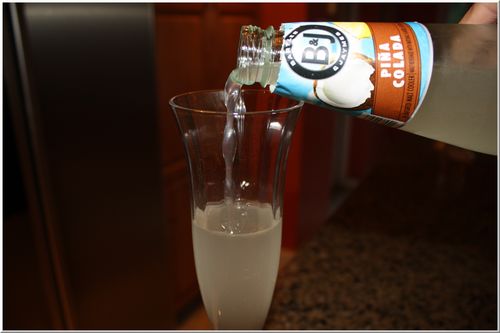 I laughed so hard when I read about the state representative from Indiana who believes Girl Scouts are part of a radical agenda to destroy America that I nearly choked on the lemony goodness of my Savannah Smiles cookies, which are delicious. I don't know what made me think three boxes would be enough. 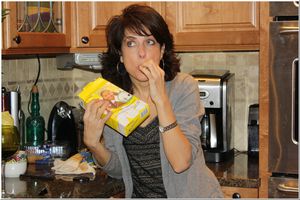 Then I remembered: there are people who actually have to live in Indiana where Rep. Bob Morris, (R-Clueless) spends their money on projects like the "Web-based research" that led him to conclude that the Girl Scouts are insufficiently homophobic and operating as a secret subsidiary of Planned Parenthood.

The freshman lawmaker believes cookie sales, camping, hiking and the development of leadership skills are a path to promiscuity and communism among the state's population of third-grade girls. But it's probably not as funny to the people this guy actually "represents."

I have to admit, I never asked any of the 9-year-olds whose cookies I bought what their feelings were about gay marriage, Karl Marx or contraception. And the organization itself is dangerously fair-minded in its views on things like friendship and campfires. That is enough right there to cause people like Rep. Bob Morris to conclude that they probably harbor anti-American views.

Many of them, in fact, could grow up to become the kind of women who find people like Rep. Bob Morris and his brand of politics repellent. People like most people.

There is no law against stupidity in this country. If there were I probably would not have left five boxes of Thin Mints out in the open where the teenagers would find them. But there's no badge for it either.

If there were, Bob Morris would need a bigger sash.

The underachiever's guide to French parenting

FRENCH PARENTING FAIL: Attempting to instill a sense of art appreciation by dragging teenage daughter and her BFF through the Louvre. 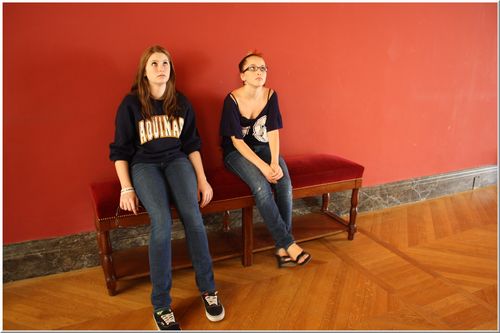 FRENCH PARENTING ROCKED: Facilitating cultural exchange by acting as their decoy as they scout for cute French boys to photograph on the Paris metro. 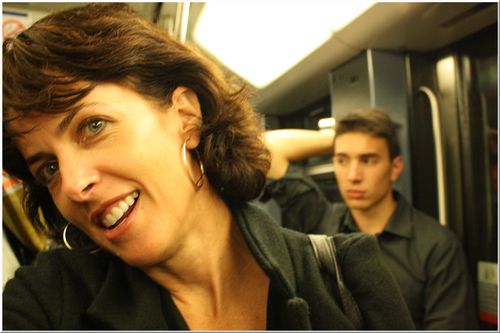 Posted at 01:57 PM in The Underachiever's Guide to Everything Worth Doing (Halfway), What Passes for Parenting | Permalink | Comments (2) | TrackBack (0)

-Girl Kamikaze: "Why don't you just give her a stick instead?"

If there is one day that demonstrates the truth of the idea that middle school girls are secretly running the world, it is Valentine's Day. 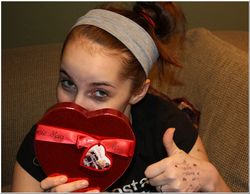 Nowhere is the ruthless efficiency and single-minded pursuit of their goals more in evidence than in the run-up to Feb. 14 - a day that has been so painstakingly scripted that any member of the romance syndicate can tell you exactly how it is supposed to play out.

It begins weeks in advance as the girls brainstorm the romantic possibilities.

"You and your friends come up with a really cute scenario," our middle school romance expert tell us.

The chosen scenario is then leaked to the designated boy by a girls' advance team, whose job it is to oversee the presentation from start to finish while making the boy believe he is operating under the influence of free will.

There are zero points awarded for originality here. Spontaneous gestures are strongly discouraged. People are still talking about the year that "M" went rogue, choosing an assortment of gifts for the target of his affection without consulting a single member of her posse. The fact that his gift was considered "cute" did little to mitigate the scandal.

"Don't get me wrong," says our expert. "Spontaneity can sometimes be cute. Just not on Valentine's Day."

Really, could it be any clearer? It is better to do nothing at all than to get it wrong.

And yet, despite the best efforts and meticulous planning of Team Girl, there are boys who will inexplicably deviate from the protocol.

Here, according to Girl Kamikaze, are the Top 5 Ways Middle School Boys Will Go Wrong Today:  (in order of egregiousness from least to greatest)

4. Include a written Valentine card or note in a relationship of less than 4 weeks duration.

3. Enact a Valentine's Day scenario that has not been pre-cleared by her friends.

2. Present her with chocolates in any container NOT shaped like a heart. "Why don't you just give her a stick instead?" opines the girl.

1.  Attempt to initiate a romantic relationship with a girl for whom you have not been pre-approved by the syndicate. 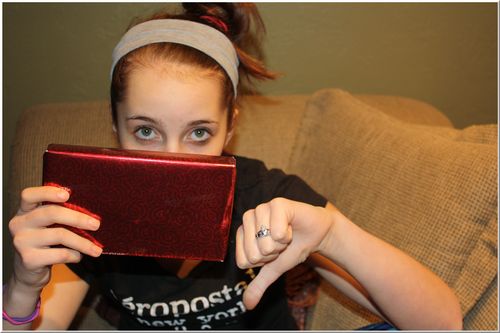 364 Days of Romance in the Suburbs

I don't like to be the one to rain all over the marketing extravaganza that says tomorrow is the single most important day in your 2012 love calendar, but trust me, it's not.

Unless of course, you manage to disappoint your spouse so profoundly that he or she becomes one of the 30,000 people who visit the illicit hookup site Ashley Madison the day after tomorrow. The day after Valentine's reportedly brings one of their biggest membership bonanzas of the year. The other is the day after Mother's Day, when tens of thousands of women wearing macaroni necklaces surge onto the Internet looking for love, apparently. 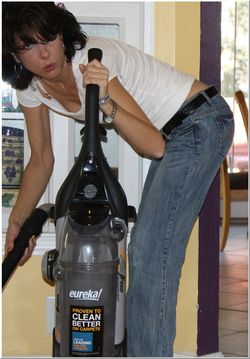 Don't judge them: think about the lifetime of disappointment facing the kind of woman who brings romantic aspirations to Mother's Day. Not that we didn't love the new vacuum cleaner.

My point is, Groundhog Day is just as sexy if you do it right. And far easier to get a dinner reservation. But it's too late for that now, isn't it? Australia Day could have been fun, if you had even noticed. And what was so important that you couldn't be bothered to acknowledge Houseplant Appreciation Day?

Now you're stuck trying to come up with some grand romantic gesture for Valentine's Day, probably the only day of the year in which it is going to seem uninspired.

That doesn't mean you shouldn't go for it. By all means, if you think you can pull it off, go all in. Go all out. Whatever.

As your grandmother probably used to say, there is never a bad day to wear good underwear.

On having it all. 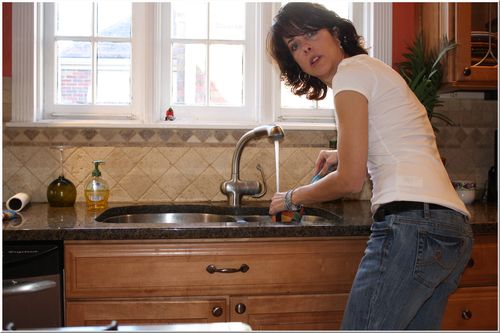 Wait. Have it all? I thought they said "do it all."

Really, I sometimes wonder where she came from.

How did this family of malcontent wine drinkers, introvert math prodigies and grumpy investigative scribblers spawn the little crop of sunshine we call Pook-a-noodle or sometimes McGallon? 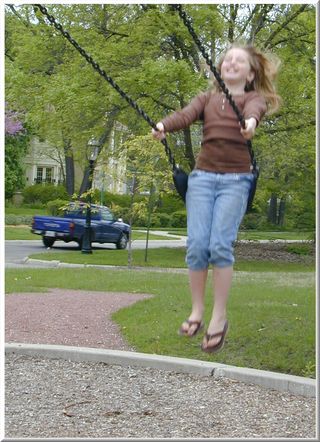 How many 14-year-olds will even let you call them Pook-a-noodle?

An editor called me a "ray of sunshine in the office" once, but the office was a newsroom so the Best Disposition award was pretty much just sitting there for the taking. Anyone who could make it to deadline without slamming a phone down hard enough to break it, calling someone a weasel or kicking an intern was a contender.

Real sunshine is closer to this I think: A short drive to school punctuated by laughter, singing and her one-size-fits-all song ratings. "I love this song!" she says, pretty much every time a new one begins.

"You say that about every song," I say.

She ignores this and any other observations that do not fit her view of the world, which is butterfly-strewn and set to a Justin Bieber soundtrack.

She shifts her attention to the next song, which, it turns out, she loves.

She runs down the latest eighth grade gossip for me, careful to leave out the details or identifying information that would violate the terms of the various confidentiality agreements involved. Someone's boyfriend, it turns out, owes someone else an apology for something and is being encouraged to script it in accordance with a movie scene that the cheerleaders agree is the Best Apology Ever.

"Is apology by committee really the way to go?" I wonder. She ignores this as the completely irrelevant advice that it is.

Halfway to school, as per our ritual, she remembers something she forgot. Today, it is oral hygiene.

"I forgot to brush my teeth and it's picture day," she says. "We have to turn around."

I sigh. How is it that someone who never leaves the house without mascara can forget to brush her teeth? It's a rhetorical question - inaudible to teenagers - so she ignores this too.

When she is back in the car, her musical lucky streak continues. "I love this song!" she says. She sings along until we reach the school, where the line of traffic advances just far enough to put us in front of the entrance. It's not snowing or raining or dramatically cold and the line is no more than a few car lengths in either direction, but she chooses to take this prime drop-off positioning as an omen for the rest of the day. Especially since the song ends just as we pull up to the curb. Is she lucky or what?

"This is really just a good day," she says, gathering her things and trailing a cloud of Sweet Pea fragrance mist. "Off to a good start!"

And I have to agree. It is a very good start.

from the Sunshine archives: The Mother of Invention