« | Main | The Year In Questions: Because if you came here for answers you may need to rethink your strategy »

I did not get a tattoo. But not because I am not cool enough. Because I am. No matter what Mr. Kamikaze says. He doesn't even have a twitter account, so he's not exactly an authority.

I did not get a tattoo because while flirting with the idea over more than a decade, I could not commit to a single design. I guess I am kind of like Madonna - or possibly some more current style icon whose name escapes me because I only pretend to keep up with pop culture - in that I tend to reinvent myself quite a bit. 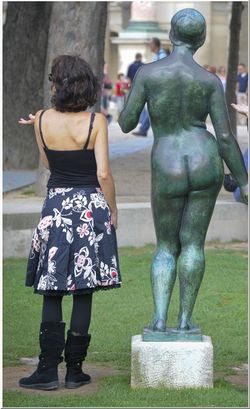 Still it would have looked awesome, possibly.

I did not write a novel. But not because I can't. But because I have been unable to break my addiction to reading other people's novels. In between reading other people's non-fiction, memoirs and plays. It was an especially good year for plays. The more I think about it, the more I feel like Tom Stoppard bears a lot of the blame for the novel that I didn't write. There's really no telling how good it might have been. Although, I think we can all agree it would have been better than anything I have written so far.

I did not advance in the world of adult figure skating. But not because I did not spend a ridiculous amount of time on the ice when I should have been finishing my novel. But also because the figure skating authorities have ignored my petition to remove the &^%$-foot spin from the list of required elements, where it serves to thwart the dreams of many an aspiring novelist.

I went unrecognized for my contributions to the blogging world. But not just because I refused to get a puppy, develop some sort of dramatic personal problem or put up video of myself getting a bikini wax, because I totally would if there was real money in it and not just laundry detergent coupons, but also because I made no actual contributions to the blogging world, which apparently does not even have an award category for punctuation. Which is disappointing because I feel like I would own it.

I went unrecognized for my contributions to the Kamikaze family. But not because they do not recognize the breathtaking skill with which I juggle their many needs while simultaneously not finishing a novel, advancing in the world of figure skating or getting a tattoo. It's just that they don't appreciate it.

Of course, I did not do many of these things in some pretty charming places in 2011, and as always, they went undone among the most amazing collection of people, who are represented below as bananas and bottles of wine.  I couldn't have done it without all of you. 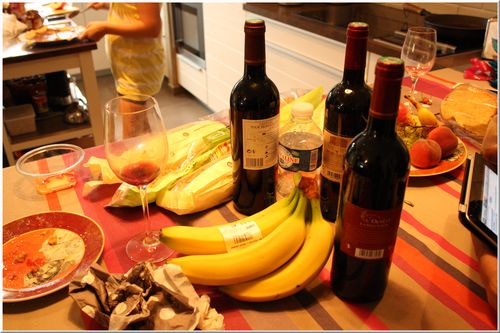 Posted at 07:51 AM in Ask the Suburban Kamikaze | Permalink

There should totally be an award category for punctuation.

Okay so maybe I'm not a shoo-in for punctuation. Kathy apparently knows her way around a semicolon as well; Or is it a shoe-in? I'm not looking it up because no one awards any prizes for comments. Which is disappointing because I really do have the best commenters. And I'm not just saying that because of the better-than-a-Rodin-from-behind observation. Because anyone can see that.

A couple of things:

First, I DID get a tattoo. So there.

Second, I am not prepared to make any judgments about whether you look better than a Rodin from behind until the playing field is evened up. And the French art authorities would probably arrest you if your tried to put a skirt on a sculpture. So I think you know what you have to do.

I don't even know any sculptors around here. Also, I am pretty sure they are forced to work from their imagination this time of year. Bare ass season is a long way off.