« A night only film students got laid | Main | Men: Not 100 percent replaceable »

Real Housewives of the Prairie

There's a reason the mint julep never really caught on in the Midwest.

Even before the bourbon kicks in at my Real Housewives of the Confederacy party, the conversation has already taken a turn for the deep south. 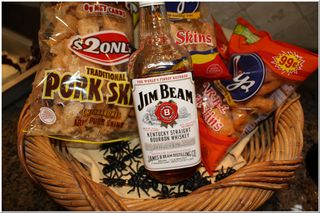 We are only a few juleps into the evening when the Midwestern belles who have gathered in my kitchen start goading the midwife into telling snatch stories. And not the fun kind.

Also the ice never really melts in Chicago, so you end up with what is essentially a glass of bourbon with a little mint and sugar in it. Or what is known in the Midwest as a "weak drink."

The evening is organized as a going-away party/intervention for the woman known as "Mary," who is moving to Atlanta in a few weeks with all the wrong shoes.

Mary interprets my instructions to come dressed as an icon of Southern womanhood as an opportunity to dress as Napolean Dynamite. She never misses the chance to wear her "sweet moon boots" in public. Which are only a little stranger than the shoes she wears on any other occasion.

Still, it is only about five minutes before she is swearing like Scarlett O'Fucking Hara and we know that Real Housewives of Atlanta has its next diva.

Also, that no one will ever try to make a reality show based on Housewives of the Midwest. Because once you have heard the story about the breastfeeding mother, the boy and the hotdog, you are never, ever going to turn on the televsion again.

"I think I am going to like the South," Mary says, discovering an affection for Kentucky bourbon that had apparently lain dormant throughout a lifetime of Midwestern winter drinking.

Photos: (Right) The face of the New South. (Below) The Fulton County PTA president; Real Housewives of the Midwest, footwear; Napolean Dynamite dance of awesomeness. 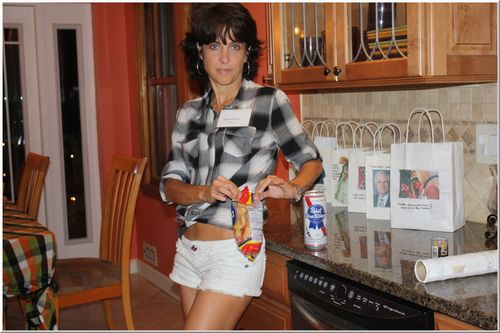 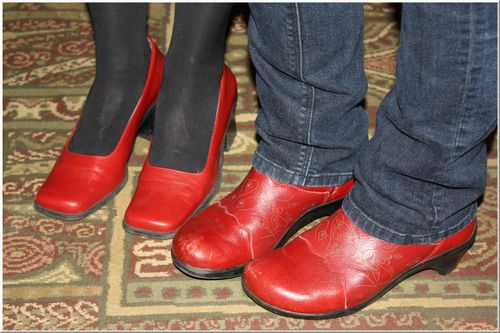 Posted at 07:17 AM in Dateline: Suburbia, Something about Mary, This Week in Suburbia | Permalink