WHILE YOU WERE OUT... 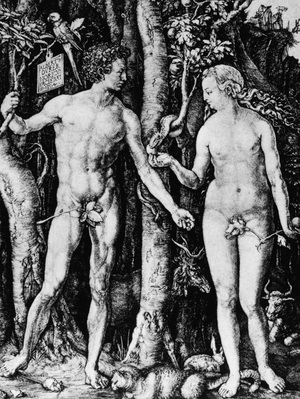 I can only cover Monday through Friday though, because, well, I wasn't really paying attention on the weekend, everything after darts on Friday is pretty much gone.

And, sadly, my laser-like focus on the news of the day was not very sharp the rest of the week either so I've had to rely mostly on the NPR archives and the Onion to figure out what happened. I confess my news gathering time has been diverted a bit by the Little League World Series --- where the announcers cannot seem to figure out why all the 12 year old boys from Pearhuddle Texas are 5ft 11, can throw close to 85mph and have very deep voices.

In this day of reality TV, was it really a surprise that someone thought it would be a great idea to put microphones on the coaches? Back and forth, trip after trip to the mound to deliver patient encouragement to mini-sized pitchers (incredibly always their own sons—what are the odds?).  Just “hang in there”  they say patiently, bases loaded, one run down in the 9th with thunder clouds bearing in.  "You only have 54 pitches.  Stay with it."  A quick retreat with the slow crunch crunch of clay on cleats, as they return to the dugout, pause and violently punt the water-coolers, forgetting for a moment that they are live audio blogging. Everyone can always use an insightful clip of real baseball vocabulary. Now that's exciting TV. I'm sorry, am I off-topic?

So, back to the content problem. (Yes, it's a problem, you know it, I know it and all three of the readers you have left know it...) When you forced asked me to do this you assured me that it was an emergency, that there was some kind of internet barrier, a disturbance in the ethernet if you will, between Paris and North America. I warned you that I would fill your blog with kittens and speculative treatises on the relationship of the decline of time travel to the disappearance of phone booths, and a possible weeks-long discourse on why Cowboys and Aliens is the new Star Wars. If not, what's the point of Harrison Ford-don't you see? Never mind.

Ok, so, on Monday there was this story about how Babies' Palates and Food Memories are Shaped Before Birth.

This does not explain why half of your kids would only eat white food until they were 13, however, since the article says nothing about them being able to SEE the color of the foods. And also, because none of your family has even attempted to consider blue cheese stuffed olives a good source of protein, I must conclude this study is lacking in everything but Euro-poo and move on into Tuesday...

On Tuesday, Evangelicals questioned the existence of Adam and Eve...seriously.

I know that sounds too good to be true for a Tuesday, but it really happened, and it nearly brought the Catholic Church to its knees. Think about it.  If the Evangelicals are going to question the existence of Adam and Eve, the Pope might as well admit that the Earth is not the center of the Universe and finally let Galileo out of the Vatican gift shop, where everyone keeps confusing him withMichelangelo anyway. 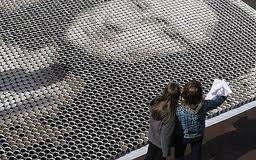 Wednesday was a good day. Your trip to the Louvre inspired a gaggle of Sydney Australian SK groupies to recreate the Mona Lisa using over 3000 cups of coffee, painting the different shades by adding different amounts of cream to each cup. My husband predicts her smile will "evaporate" soon, but still, it was an inspired use of litter.  And so unlike the dream disturbing Dali paintings  I managed to see on MY vacation in St. Petersburg (um, Florida);  this is Art that will literally keep you awake all night.

The event in Sydney would have been a boon to the flagging Starbucks market if they hadn't decided to short the bandwidth to their customers in the hopes of attracting more customers in search of bandwidth. I assure you this has nothing to do with Kitten Wars, judging by the traffic to this site while I've been tarting it up. According to the news, there is a real shortage of bandwidth (do not click on this unless you are having trouble sleeping ) and the internet as we know it is about end via the  President or the Mayor of Philadelphia,  not sure which. Apparently this drain on bandwidth is serious, what with all the streaming media and the flash mobs and ---hold on, watch this!

All I know is,  that if they shut down the internet,  my teenaged son will lose contact with the kid next door forever. Communication is essential to life,  the way I see it. And the French are not taking this seriously. Who writes a fictional story about the collapse of a monetary system while the collapse is actually happening? But for the alert British, who, after reading the story in Le Monde over tea and gin on Friday, immediately took the fictional story about The End of the Line for the Euro and ran it as the truth, which it quickly became.

Meanwhile, back in Iowa at the State Fair on Thursday (hold on, this is what time travel is really like), Republican Presidential hopefuls gathered to, no pun intended, participate in a straw poll on Saturday. It was unclear why they chose this particular venue, where people, eating fried butter on a stick, heckled Mitt Romney for insisting that corporations are people too! Michelle Bachman was also heckled by a rock shaped like a chicken but it didn't make the front page. She was eloquent but the chicken-rock ultimately took the whole Future Farmers of America block by promising free range subsidies. The candidates should understand that the moral of this story is, if your next stop is either the Little League World Series or Sydney, you are going to need a cup.

So, really, nothing at all happened this week. Oh wait, now I remember. Right, while you were away (and this so happened to me last week when I was on vacation and the office services department redeployed my entire staff to India), Print Journalism died. It was all over Twitter. I'm sorry.

Well, I hope my paycheck arrived before the end; I have been charging my weight in French soap. Luckily, the wine is beaucoup cheap; the executive and I can just about afford our cote du rhone habit. It comes in a box here; a box is about six bottles and costs about 15 euro. Even bloggers can afford to drink. Of course the teenagers are eating their weight in pain de chocolat so the savings is somewhat diluted. We are in the country now, pretending to be farm wives. You can imagine our success. Travelogue/recipes to come.
SK

I really want to know how to pronounce "nthnglsts" so I can shout that name the next time I...think about baseball.

I know. I don't know what she has against vowels. But I know better than to argue with her.