« I only make it look easy | Main | Gratuitous Cowboy Tuesday »

We'll always have Paris, or at least strep throat

Look, doctor, let's cut to the chase: I don't care how long he's going to live or how to alleviate his pain.

The 16-year-old has had a sore throat for three days, didn't tell anyone and repeatedly drank directly from the milk and orange juice cartons. He puts the spoon from his mouth back into the ice cream and the yogurt and he wipes his face with the kitchen towels. He's earned his suffering. Just tell me what I should take. My throat and I are leaving for Paris in four days. 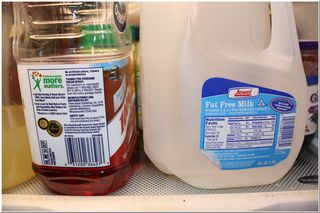 The doctor looks at me for a minute and considers. Perhaps I am a refreshing change of pace from all of those other mothers, overwrought with actual concern for their sick children. Perhaps he is making a mental note to call in a social worker. Maybe he sees a chance to be a hero. "Vitamin C," he says finally. "It can't hurt."

We'll know more in a couple of days. I shouldn't say this out loud, but I like my chances. I don't drink milk or eat ice cream and I avoid the yogurt container like the plague that it is. Orange juice + virus seems like a fair fight and so far, at least, I've never seen him go near a wine bottle.

His sister, on the other hand, inhabits the same pathogen orbit as he does and she's traveling with me. She's not a complainer, thank god, but I wouldn't want to bet my vacation on her temperament under strep conditions. Not that I have any choice.

Posted at 06:40 PM in What Passes for Parenting | Permalink

Bogey: If that planes leaves now and you’re not on it you’ll regret it, maybe not today, maybe not tomorrow, but soon, and for the rest of your life.

Ilsa: But what about us.

Bogey: We’ll always have Paris. We didn’t have, we lost it, til you came to Casablanca, we got it back last night. And that number you did poll dancing was amazing.

Ilsa: And I said I would never leave you.

Bogey: And you never will. But I’ve got a job to do. Where I’m going you can’t follow. What I’ve got to do you can’t be any part of. Ilsa, I’m not good at being noble, but it doesn’t take much to see that three little people with strep throat, infectious virus and diarrhea don’t amount to a hill of beans in this crazy mixed up world. Someday you’ll understand that, Now, now, here’s looking at you kid.

(As Time Goes By is queued in the background).

Have the family gargle with bourbon nonstop until you leave. That’s what Bogey would have done.

My mom still laughs about the clerk in the department store who said, "Not your first child?" when they overheard her tell my brother, who was trying on clothes and had a loose tooth, to not dare bleed on the clothes.

There is not much I can do at this point. Which will not stop me from writing the next in my continuing series Angry Post-It Notes.

My doctor would give me a prescription to fill just in case the strep rears its head in France. I'd pressure yours to do the same. Then fill it, and take the stuff with you. Having had strep myself twice in the last two years, I can say that it is MISERABLE and will make YOU miserable if you are accompanying it around Paris. But the up side is that 12 hours on antibiotics nearly always makes one feel cured. So take the drugs with you, and you'll only lose half a day, rather than four or five precious ones. Here's hoping on your behalf that you don't have to chug wine there to get away from the whine...

The rapid test came back negative - and so far, the girl and I feel fine. I'd like to say the boy has learned his lesson about drinking from the container, but who would believe that?