I'm driving my son somewhere within walking distance because he's tired, or his bike has some sort of defect or because my high school guidance counselor failed to predict the complete collapse of the printed word industry and I am stuck working from home where the kids in my neighborhood believe I am operating a taxi service, when we spot a gang of pasty-faced teenagers congregating outside the bank. 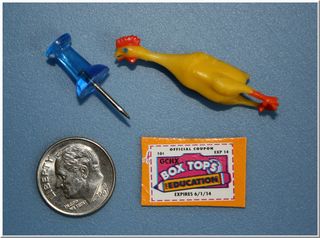 Midwestern lore would have you believe these kids are waiting for the bank to open so they can deposit the money they earned on their paper routes, minus the percentage they donate to orphans.

But while it's true that Midwesterners are the best people in the world, the Internet has exposed Midwestern teens to a lot of influences from outside the 12-state region. Also, there is no such thing as a paper route anymore because people can get all the news they need from Facebook and Twitter.

My point is, there is no way of knowing what these kids were actually doing, but I am not the kind of mother to let what is known in the parenting vernacular as a teachable moment go to waste.

"Teenagers could never pull off a bank robbery," I say.

The 16-year-old rolls his eyes and makes one of those little superior noises they learn in Advanced Placement Geek Class.

"PTA moms," I say. "PTA moms could launch the space shuttle if they had to. It's all done by committee."

"Oh my god," he says with the kind of frustration he reserves for every declaratory sentence that comes out of my mouth. "You can't even operate the remote control."

"What does that have to do with anything?" I say. "I'm talking about an old-fashioned bank robbery. Teenage bank robbers would spend all their time arguing over who had to carry the money out. That stuff is heavy. Also, there would be fingerprints everywhere. Not that it would matter because somebody would post the whole thing on their Facebook page."

"Nobody would have to carry the money out," he says in the voice I used to teach him how to tie his shoes ten years ago. "Teenagers would just hack into the bank computers and move the money electronically."

Then I remember how the PTA recruited volunteers who spent weeks cutting out tiny rectangles from box tops to earn enough money to build a flower bed, or something like that. If there is a less efficient way to generate money for your school than forcing elementary school moms to cut rectangles out of food packaging, I am sure somebody in the General Mills marketing department is working on it. Perhaps we will be asked to cut out tiny circles, which will take even longer.

My point is, PTA moms are probably not the way to go if you are rounding up a posse for a bank heist. But I am pretty sure teenagers could never run the PTA.

Posted at 11:00 AM in Boy, Esq., What Passes for Parenting | Permalink

He is certainly right about the hacking. But you are right about the fingerprints and the FB posts; they would no doubt leave digital fingerprints. But most of all: WHY oh WHY can't we earn money more than 10 cents (there's no longer even a key to MAKE that symbol on a keyboard anymore!!) at a time? Or at least, with less cutting? Should this really be a kindergarten project? They're the ones who need the cutting practice, after all.

In hindsight, I can see that is a much better idea than a PTA bank heist. Not that it wouldn't be beautifully organized.

I'm going to suggest a bank heist at my next PTO meeting.

Make sure somebody knows something about this so-called hacking option. It's apparently the latest thing.