« Happy Father's Day, unless it was yesterday, in which case Happy Belated Father's Day | Main | A 13-year-old can make her own dinner. But you don't necessarily want to know how. Or what. »

99 Reasons to Drink in the Suburbs #6, 7 and 8:
Bathtub Gin, Tax Holidays and Squirrel Recipes

The only thing we love more in the suburbs than a tax break is a holiday.

So when we heard about the latest proposal to create a tax holiday, we could not contain our enthusiasm. 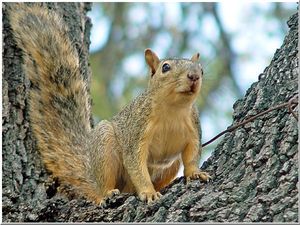 Here in suburbia, we celebrate almost any excuse for a backyard barbecue.

And every little bit of money we get back from the government is money we can use to help offset the crushing burden of what we owe to some other part of the government - or pay out to the part of the economy that needs our money to stockpile offshore profits.

"Par-tay!" screamed the headline in The New York Times.  On closer reading, we realized that what it actually says is this: Companies Push for Tax Break on Foreign Cash.

Technically speaking, it seems that this proposed tax holiday isn't for us; it's a deal that would allow some of the country's biggest corporations to take a tax discount on whatever part of their kazillion-dollar profits they opt to move back inside the country, where it will reduce the deficit and stimulate the economy by some fraction of the amount they say it will.

But according to lobbyists for those very corporations, it's going to be a party for all of us when those companies turn around and start creating tons of new jobs with their savings!  Seriously. It's going to be awesome.

Please tell us someone besides a utilities executive is willing to vouch for the idea that this will be a good thing for the rest of us.

"For every billion dollars that we invest, that creates 15,000 to 20,000 jobs either directly or indirectly," says Duke Energy executive Jim Rogers, whose company has $1.3 billion in profits stashed overseas, according to the story.

We have no idea what that means, directly or indirectly, but you'd have to be a complete stick-in-the-mud to point out that the last time corporations promised to spend a similar tax break on a party for the rest of us, our invitations got lost in the mail.

According to The Times, citing a study by the National Bureau of Economic Research, 92 percent of the money generated by the 2005 tax holiday was "returned to shareholders in the form of dividends and stock buybacks" which, while it may not have created any jobs per se, was unquestionably a boon to the ice-sculpture industry.

Still a holiday is a holiday, and frankly, a holiday that leaves us paying more for just about everything while the value of anything we actually own is shrinking as fast as corporate tax liability is the perfect opportunity to employ some of the same American ingenuity that brought us bathtub gin and squirrel stew.

I have never actually tasted squirrel, but there's no question that the Depression era's hardships inspired many a fabulous cocktail, some of which could also help start a nice fire under a bubbling pot of squirrel.

So use your imagination, your hairspray or whatever you have fermenting in the bathtub and scratch out a recipe idea on the piece of scrap paper containing the current assessed value of your home. Then submit it in the comments section here as part of our Summer of 2011 Liquid Stimulus Package.

The winner, as chosen by a Suburban Kamikaze tasting panel convening in the backyard later this summer, will be immortalized in toasts and song.

Please tell me that this judging panel will not include the members who, every summer, perhaps as a result of sun stroke, sing the praises of Key Lime Wine...that's right, you know who you are...

News flash, the US Government does not own corporations. Oh wait, that would be - communism.
I pity the fool.

Did you fall on your head?

Ease up Ron. No one's threatening to cancel your subscription to Guns n' Ammo. News Flash, the US Govt does own FNMA which is a pretty big (I don't know what it is if it isn't a) corporation, no matter what its name is and actually, in most cases, I think the point is, the corporations own the govt. Oh wait, that would be...

Oh wait, we just rewrote the pledge of allegiance. There is no God anymore.

I don’t read Guns and Ammo any more than I do the NEW YORK TIMES or watch Glenn Beck. I “own” guns and ammo. Believe me; if I could I’d also own a M60 and a grenade launcher. I would like to know that if necessary, I could defend myself or go down in blazes trying. Take Libya, everyday citizens are trying to take their country from a cruel dictator. I think they are using guns and ammo to do that.

Someone always owns the/a govt. b/c it is obvious the citizens don’t. It’s either corporations (aka: greedy selfish pigs), or it’s unions (aka: mobster parasites) or it’s George Soros (aka: Obama money prop Darth Vader) or maybe someday, who knows, it will be the Taliban. Wouldn’t that be nice? (That means you get to wear a burqa b/c I’m not firing one round of my guns and ammo to stop that. You should have gotten your own guns and ammo.)

So, the reason everything has gone up has to do with the Fed printing money that does not exist, the price of oil and worldwide market uncertainty.

Of course, how would anyone who reads the New York Times know that? :)

This is why I don't have pets. I don't want some cat telling me what newspapers I should or should not be reading.

Also, those are terrible recipes.

I don't know exactly what goes into a Business Lobby Martini, but I do know it would be outsourced to a third-world bartender and served in a red, white and blue glass.

As for the Fannie Mae Cocktail, nobody knows what goes into one of those. The recipe was sold off and bundled with other recipes in a formula so complicated they had to invent a special glass to serve it in. Unfortunately the glass had a small hole in the bottom that nobody noticed until a sizable leak had developed.

Also, Key Lime wine will grow on you. You'll see.

1. Open a bottle of Two Buck Chuck, any flavor.
2. Procure a carnival straw the length of your arm.
3. Insert straw into bottle. Swirl once for effect. Drink.
4. Do not drive or buy stuff on the internet.

I am not a fan of the Chuck. But probably that is just because I never tried drinking it from a straw.

You got me Ron. Seen my last bikini. I'm thinking I could rock the "burqa" look. And if you've ever seen me drive you'd know that guns 'n ammo would just be redundant. I love the Fannie Mae cocktail SK. Leave that one in the book! In fact, you should lead with it.

What is growing in abundance in yard this time of year in Miami? Ok, here is a recipe. Walk out door, screech at squirrel family. Wrestle away ripe mango from squirrel matriach. Mash into chilled margarita glass, pour in rum, only a bit if still before noon, a full jigger if later in the day. Add mint, remove squirrel fur and tail, save for later in the year, after the double dip. Finish with a parasol and a flirty straw.

Mango squirrel. That is a cocktail and a fashion statement. I love Miami.

1) Take out your Waterford Rock glass (if you have not brought it to the pawn shop already)or a dixie cup
2)Grab the Vodka... ok, so the vodka is gone... grab whatever booze is left, even if it's that wierd blue stuff from that luau theme party 100 years ago.
3) Drink
4) Drink some more
5) Take Foolery's advice + no texting or facebooking or blog commenting :-)

Garnish with little paper umbrella made from most recent estimate of your home value.

Nthnglsts, it's all in good silliness. Over reaction is my normal motif. Leave me in a room with persons for about a half hour and there will be a crisis.

Stephanie: As hard as this will be to believe, I drink and blog comment all the time. I know, it's a gift.

:) Ron. Same here. Just giving you a hard time. Sooo... do you have a cocktail recipe?