« Let them eat reduced-calorie cake in our new environmentally friendly, easy-to-carry packaging! | Main | Things that did not survive the winter »

99 Reasons to Drink in the Suburbs #1: Garbage Day 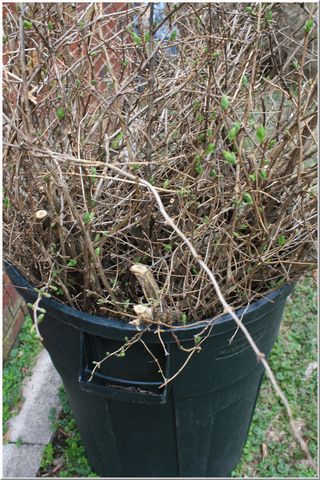 Boy, Esq. did not remember to put the trash out this week, but he can't be blamed for that.

"You forgot to remind me," he says.

It goes without saying that Sunday would be too early. Only an idiot would think of reminding someone of Tuesday on a Sunday.

He can't be expected to remember something when he's in the middle of something else, can he? What were you thinking?

Tuesday morning doesn't give him enough time. Duh. What is the point of that?

And hopefully before the emergence of full grown trees from last fall's yard trash, which has begun to produce buds.  Trash springs eternal.

from the Boy, Esq. archives: It's the least he can do

See, that's why I have a burn pile. You can burn anytime.

Burn it? I am going to put it in a vase. In Boy Esquire's room.

Son Take out the trash, so I finish my homework.

Son take out the trash, right after I check my facebook status

Son take out the trash, right after this TV program.

Son take out the trash, I promise to take it out in the morning.

Daughter, take out the trash, screw you, you make me do everything I hate you.

Result, you're still the one taking out the trash.

I enjoy your blog a lot. Keep writing -- you do it so well!

One night I spent hours periodically reminding my teenage son to put the trash at the curb for the morning pickup. He finally did. The next morning I went out to get the newspaper and none of the neighbors had their cans at the curb. Trash pick-up was the next day. The neighbors thought my teenager was so diligent that he put the trash out a day early!