« Like you have a better system | Main | Sh*t I didn't try to sell you this month. You're welcome. »

We're not going to hold the cast of the Justin Bieber Junior High School production of Annie responsible for the fact that there was snow on the ground the next morning. 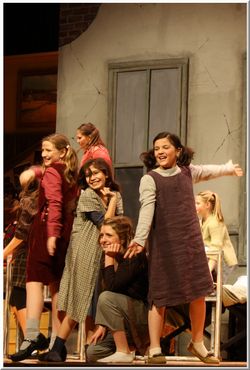 Still a bet is a bet. We could use the dollar.

Other than its meteorological failings however, the production was a huge success. Particularly measured against a week of set disasters that threatened to turn the entire show into an episode of This Old House, the Musical.

In our house, however, the seventh-grade stage manager assured us that she was blameless, mostly.

"It's not my fault that the chair broke," she said. "Well, actually three chairs broke. But the only thing I broke was the angel on top of the Christmas tree."

But, as the old show biz adage goes, there isn't a broken chair in the world that can upstage singing orphans, as long as no one sits in it. 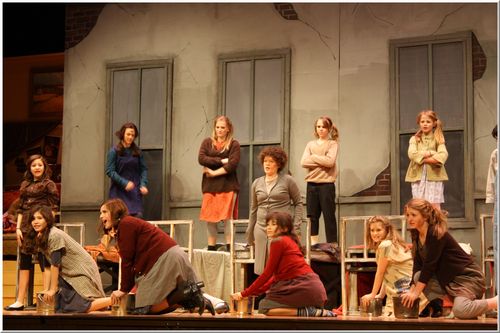 from the Kamikaze girl archives: Whoever came up with the idea that creativity in children should be encouraged probably didn't have 11-year-old girls

Posted at 01:09 PM in Girl Kamikaze, This Week in Suburbia | Permalink

I hear the stage manager was the true star of that production!

I thought it was considered poor form to take a camera into a playhouse. My how times have changed on Theater Etiquette.

The protocol is a little different at school productions. The best you can hope for is that the mamarazzi will remain offstage.