Cry me a lap pool, baby. It just sounds like crickets to me.

An imaginary lap pool is enough to set them off.

The seventh-grader has put one in the basement of the dream house she designed for a school assignment. Boy, Esq. erupts in passionately-held opinions on the subject of lap pools. 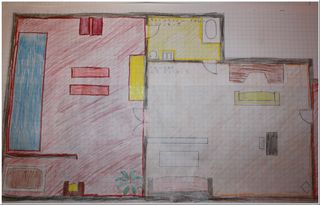 How deep is it? You can't just dig a hole anywhere you feel like it. Where is the water table?

They bicker on and off for longer than it would take to dig a lap pool. Any minute, I expect him to threaten her with imaginary code enforcement.

There is a car ride, not long, but long enough for him to lecture his sister and me on the subject of nutritional and parenting failures. His true grievance is that he wants to go straight home and I promised the girl a fast-food stop - a layover that will cost him 15 minutes of couch-sitting time. Also, why should she get to sit in the front seat? Why should he? There are no good answers.

Which raises another question we have to settle immediately:  Does Justin Bieber even have any talent? This is just provocation on the boy's part and the girl knows it. But it's a fight she has been waiting for practically her entire teenage life. She's got enough facts, figures and lyrics to fan the flames for days. She will never say never. She will fight till forever.

But it is a poetry reading compared to the anguish that arises over a desk. The desk is a gift for the boy, but it remains unassembled in the garage for a week, which in father-time is no more than the time it takes the earth to rotate on its axis approximately 7 times.

To the 16-year-old, it's seven times infinity, a period he will use to infinitely plead, whine, argue and spew queries that begin with When? Why? Why not? Why not now? and If not now, when? directed to the one parent who can do absolutely nothing to speed up either his father or the earth's rotation.

Against this chorus, Mr. Kamikaze calls home from the comfort of a train seat. A baby cries in the background.

"I just thought you might want a reminder of what life used to sound like," he says. The idea being thank god we don't have to listen to that anymore.

Is that one of those New Age soundtracks? I say. Because it sounds like Rain Through The Palm Fronds from here. Wait, are those crickets?

From the teenage archives: Teenage wasteland, Portrait of the agent as a young man

Posted at 09:52 PM in What Passes for Parenting | Permalink

Love your son, but glad he's not around when Bossy constructs additions on her house, all imaginary, with no thought to township set-back requirements.

He has so little tolerance for carelessness in others.

Architect. Engineer. Hmmm.... I see a family business in your future. But in that case, you might consider having another child who you can send to law school...

Except that our retirement plan is dependent upon one of them becoming a hedge fund manager.

Be grateful that you have two -- when they are sniping at each other they are too busy to snipe at you. I am the lone deer in the scope of his dead-eye aim of teenage angst.
Perhaps I should stick with the herd.

My five year old, who has never cared about anything aside from Astro Boy and Sonic the Hedgehog, sang me an entire Justin Bieber song the other day.

I think it's time to homeschool.

Wrong. It's time to get him the right haircut and put him on YouTube.

You're really funny. I just want to say that you got the lyrics wrong. Its fight till forever, not fight for forever. Smooth. Kthanksbye.

Correction: This post has been updated to reflect the correct lyric taken from the Justin Bieber hit song "Forever."

We apologize for the error and wish to thank our vigilant Justin Bieber fact-checking team for alerting us to the mistake.

What surprises me is that you don't even know what the song is called. It's actually called 'Never Say Never'. Not 'Forever'. Good try though. I'm proud of your efforts. Kthanksbye.

Correction: In the previous correction, we inadvertently provided an incorrect title for the Justin Bieber hit song "Never Say Never".

We apologize for the error, which was the result of a deliberate misinformation campaign on the part of our Justin Bieber fact-checking team.