« State of the Laundry | Main | There is only so much you can accomplish on days when the school system thoughtlessly decides to give your teenager the day off and that "so much" is "pretty much nothing." »

From one teen queen to another; a classical sex education

There are all sorts of new challenges in a household when a daughter hits her teenage years, but luckily for my family, our daughter has been auditioning for the role since she was 9.

When she turns 13 later this week, she will move into a part she can play in her sleep. She has mastered the cocked hip, the eye roll and all of the gestures of unimaginable disdain. 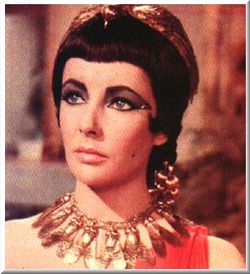 The things about which I must be kidding include the bulk of my wardrobe, the majority of my suggestions and the better part of my music collection.

Even so, there is new territory.

The monthly hormone drama known as You Insensitive Asshole Week is now a double feature.

Like generations of mothers before me, I share the wisdom of female experience, which can be boiled down to this: Just because you are suffering from a little Hormone Induced Moodiness (HIM) doesn't mean the male of the species is being any less of a jerk.

Other questions are not as easy, but we manage. She and her little posse of teen queens try to stump me with queries our pre-YouTube mothers could not have imagined. They set up a command post in my kitchen, where they blast the Bieber, text furiously and leave a trail of uncooked Ramen noodles from door to door.

"It's a D," I say. "Also, the year Cleopatra was born, though it wasn't numbered that way at the time."

They exchange looks that say OMG. She doesn't know!

The girls are wide-eyed at my ignorance. Except for my daughter, who is shooting me a dark look that says simply, don't.

She knows I am poised to deliver a little history lesson in which I will innocently conflate Cleopatra's achievements with the wisdom of spending your teen years focused on a classical Greek education - or at least pre-Algebra and social studies - instead of sex.

I will leave out the exception for alliances with military rulers whose empires include most of the known world and whose armies are camped at your borders.

Posted at 10:41 AM in What Passes for Parenting | Permalink

I am reminded that I need to pick up my wife's monthly diamond, presented to her in gratitude for her bearing only sons.

Either way, teenagers have certainly put the cocker spaniel years into a whole new perspective...

I am of the (old-fashioned, I know) motherly opinion that a few sternly worded metaphors about resisting the armies camped at your borders is precisely the right answer to the question about 69.

Can I send her to your house for a little while? Because I find I am a little short of precisely right answers...
I usually give myself credit for getting the answers only partly wrong.

Just like I wouldn't go back to my teens or early twenties, I would not want to revisit the eye-rolling years with my daughter. Thank God she's tolerable again. Good luck with that.