« A good man is hard to repel | Main | The Underachiever's Guide to Hostessing, Chapter 11: Creating the Authentic Local Experience »

License to spill: We indulge our fetish for secret agents and compose Christmas greetings on a cocktail napkin

The palm trees are decorated, the limes and tequila are stocked and glossy color photos of the Bulova diamond sport watch have been taped to the walls. It's beginning to look a lot like Christmas.

It goes without saying that I will be celebrating each and every one of you when we finally crack open the bottle of Key Lime wine we have been saving for the holidays. Key Lime wine is a vintage so searingly awful it can only be tolerated in the company of friends. With the right people, you can actually start to enjoy it. 2010 was a little like that.  Also, Wisconsin. 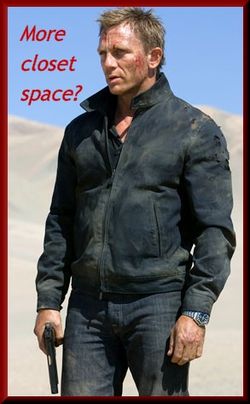 The ongoing home renovations would have been intolerable if not for the handsome home improvement guy who made every plumbing project into a labor of love.

The exact exchange rate of labor for love, however, is not one I can divulge here without succumbing to home improvement double entendres involving spackle or perhaps joint compound, which I think we can all agree have no place in a Christmas letter.

If there was a worse movie in 2010, we were lucky enough not to have seen it. And yet, like Key Lime wine, the experience is one we are still savoring, and only partly for the pleasure of talking other people into seeing it and imagining their pain.

Sadly for the four of us who plotted against her, the Suburban Executive's long investigation into pension fund chicanery had pretty much destroyed her faith in human beings and she was able to see through our faux enthusiasm for Julia Roberts' spiritual journey. We are planning to make her watch it over the Christmas break when she and her family will be joining us for an old-fashioned Chicago/Key Lime Christmas with Four Teenagers and Not Enough Liquor in the World. The ham ball will be spectacular.

Speaking of liquor, it was a very good year for Margaritas. Even when our recipe was off, the company was pretty much perfect. I uncovered a secret cabal of Margarita drinking playgroup moms in the suburban Midwest and even my Bud Light drinking sister-in-law learned to love the Cointreau. We had to put it in a can to get her to taste it, but still, we are so proud of her. 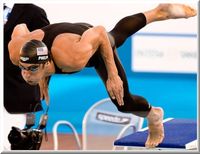 There were other milestones. Though they said it couldn't be done, the crust of dried egg adhering to every surface of the kitchen says otherwise: Boy, Esq. has learned to make scrambled eggs.

It seems like only yesterday he was building a working violin from scratch for a school project while insisting that his sister operate the toaster for him at home.

The girl continues to be a beacon of hope and optimism in an otherwise grimly cynical family. She and her middle school posse can really light up a room. And we have learned our lesson about storing matches where they can reach them.

The part of Handsome Home Improvement Guy is being played by James Bond, except that Mr. Kamikaze insists it has to be announced as "Bond, James Bond." Also, he feels compelled to point out that spackle and joint compound are the same thing. Which makes no difference whatsoever in this context. The surly teenager is portrayed by Olympian Michael Phelps. The girl and I, of course, do all our own stunts. 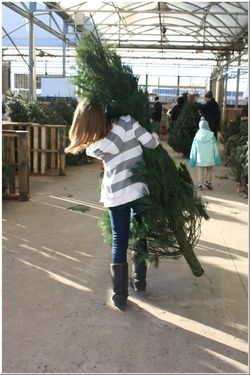 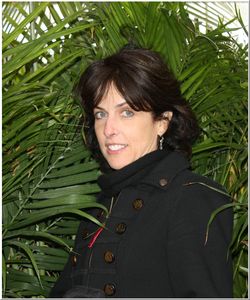 Posted at 09:14 PM in Holiday Traditions I Just Made Up, Seasons Bleatings | Permalink

We will be thinking of you the whole time. Or at least that portion of time during which we appropriate your recipes and proceed to ruin them...

Warmth. Simple human warmth. That's why I read this blog.

I think you just nailed our 2011 promotional campaign.

More importantly, your hair looks great. Who knew all those years that all you needed was a flat iron and you could grow it out. I'll drink to that.

Please. I don't even iron my clothes.

I have waited all year for this letter.

And it was awesome.

Sorry I'm late reading it but it's hard to read much when the power is out and you can't get the ice scraped off the driveway long enough to make it to somewhere with lights.

I hope your Christmas was wonderful and your lights merry and bright.