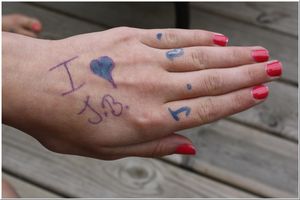 HEARTBREAK JUNIOR HIGH - With Bieber fever sweeping unchecked through the ranks of his female classmates, the heart of 12-year-old Joseph Borowski became collateral damage this week.

Borowski's romantic ambitions were accidentally inflated by the proliferation of Sharpie "tattoos" inspired by teen singing sensation Justin Bieber, with whom Borowski shares initials, but not, sadly, the ability to make 12-year-old girls swoon.

Classmates tried to let him down easy, but say it became impossible to dissuade Borowski of his hopes after he spotted a heart-encased "JB" stenciled on the hand of the cute girl who sits next to him in fourth period social studies. 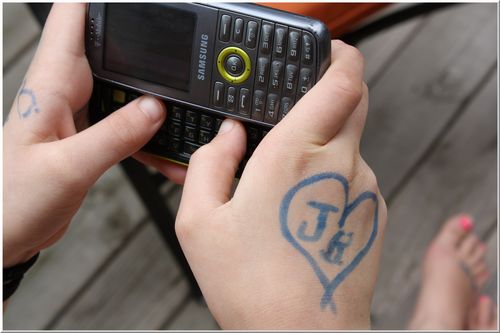 Posted at 05:29 AM in Girl Kamikaze, This Week in Suburbia | Permalink