The season of fear is upon us and the men are beginning to show the first signs of what is known as lawn anxiety.

After a long dormancy during which the dandelions do not show their faces above ground and the grass is safely confined beneath a layer of ice, the battle against the forces of chaos must begin again.

There is no time to lose. Mowers must be readied. Teenage boys must be rousted from their beds on weekend afternoons by threat or by bribe.

Is it just their imagination or has the yard put on a few feet over the winter? Its sinister green reach stretches endlessly from fence to fence, threatening to wreck the best laid plans of 15-year-olds to remain on the couch until an entire season of South Park has concluded.

Is it any wonder they are afraid? Just look at the stuff that is cropping up all over the neighborhood... 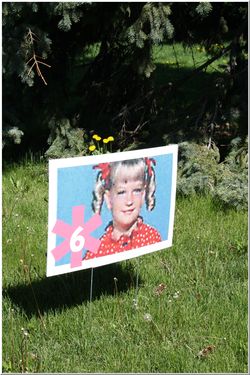 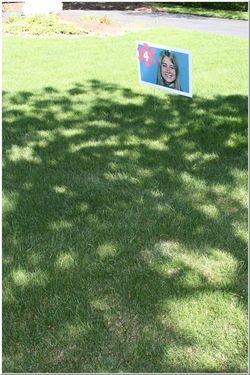 Not even the most obsessively maintained yards are immune. Oh Alice! 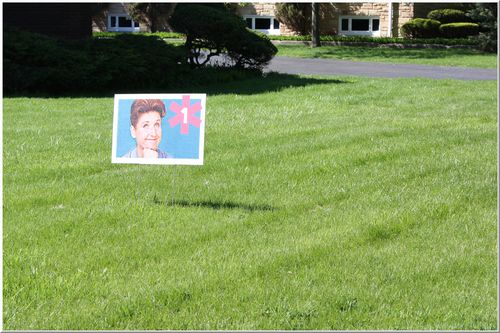 Posted at 11:42 AM in Dateline: Suburbia | Permalink

I'm once again reevaluating my strategy of hiring someone to do the household jobs like mowing the lawn. I feel like my 15-year-old boy is missing out on an American suburban rite of passage.

A Brady Bunch Snipe Hunt? Crazy Midwesterners. Everyone knows the Partridge Family is the more trendy choice for the front lawn...

Yes, but those crazy hippie patchwork squares will take over your whole lawn if you're not careful.