Why Men Cheat: A charmless philanderer explains everything except why anyone would have sex with him

Esquire, April 2010:  It is late afternoon at a Hampton Inn in a nameless suburb and the charmless philanderer is going through the purse of the unfamiliar woman awaiting him on the bed.

The woman on the bed is not his wife and not a coworker. She is not too young and not schizophrenic because those are the rules. 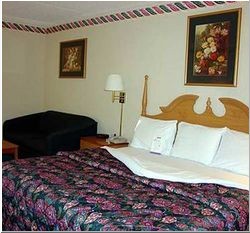 She is a little creeped out by the fact that he is looking through her purse and that he has not bothered to take off the rest of his clothes, but there is nothing in the rules about this apparently.

He is going through her purse looking for the partially-unwrapped Hershey's kiss which he will offer to her on a dirty room-service plate "like an altar boy."

This is meant to establish his cred as a sensitive lover in contrast with her husband, who has allegedly been withholding sex as a weight loss incentive. Which makes the husband kind of a dick, but is still less creepy than going through her purse. Let alone the whole "altar boy" thing. WTF Esquire?

Also by way of comparison: The philanderer treats women as "planetary objects" whereas other men have no idea what that even means.

He shares these and other details of his inexplicable mating success in an anonymous 1800-word apologia: Why Men Cheat: An Explanation. The explanation part takes up four words.

The rest is romance, assuming that your idea of a good time includes being slammed against the soda machine in a discount hotel chain stairwell by a guy who has just compared you to an asteroid, or possibly a meteor. Because he needs to.

Posted at 07:11 PM in Secret Life of Suburban Man | Permalink

Perhaps on reading his 'romantic' excuses, his wife might suddenly develop an all encompassing need to vandalise his car and throw all his posessions into the front yard.

What an a** He cheats because he is weak, spineless little boy who doesn't want to choose between the cake or the cookie. Here's hoping the cake and the cookie both walk out in favor of someone else. As for his wife, I'm sure she'd appreciate being exposed to all sorts of creepy diseases and 2nd hand crappy lovers just so he can get his rocks off by the vending machine

Perhaps he should stay away from Wisconsin motel/hotels, where things sometimes take a different turn:
http://www.associatedcontent.com/article/2022708/4_wisconsin_women_arrested_for_revenge.html

Oh I'm sure those kinds of things would never happen at the Wisconsin Hampton Inns...they don't even offer super glue on their room service menus with or without Altar boys.

I like the fact that he had to chew through the sheets. Who knows what had been on those sheets before they were stuffed in his mouth. (I'm hoping for arsenic...)