Ode on a Grecian Post-It Note 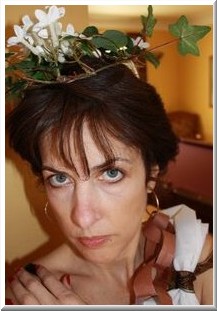 A roll of ribbon, a few yards of cloth, some construction paper, a wreath of ivy and some plastic combs. A little cutting, a little glue, a couple of knots.

Andromeda's mother packs her daughter and her little friend Athena into the chariot for the trip to school.  Later, she will be called back. Both the princess and the goddess have left their props behind.

Still, it was finished. Another boulder pushed to the top of the hill. With any luck it would stay there.

Perhaps Dionysus, the god of wine, would stop by later to congratulate her on a job well done. And the Olympic-caliber bickering would cease long enough for her to enjoy it.  She will wear laurels in her hair. There will be toasts in her honor.  And the laundry baskets will be empty!

This is what is known as a Greek myth.

Posted at 12:04 PM in This Week in Suburbia | Permalink

I knew there were a few Amazon women still lurking out there. Makes a guy want to stay indoors, lest he be the object of a fertility ritual involving cannibalism.

Wearing laurels in the hair is an underrated fashion statement.

I may try to one-up you by wearing a spider plant instead.

A visit by Dionysus later? I'll drink to that!

Well you saw it here first. I am also bringing back the bedsheet toga for my spring collection.

But what I want to know is: will there by jello shots also appearing in your spring collection? Because I don't think I can do bed sheet toga anymore without accessorizing with a jello shot (or five).