A Valentine for Jenny Sanford

For her game-changing performance as the politician's woman scorned, South Carolina first lady Jenny Sanford has us fawning in admiration. 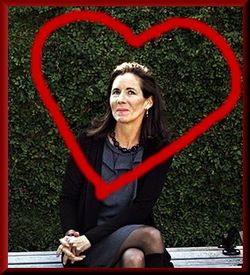 Not only does she manage to castrate her creepy, lying Appalachian Trail hiking, soon-to-be-ex husband Governor Mark Sanford in a memoir The New York Times calls an "elegant evisceration" - she does it without ever seeming to relinquish the high ground.

But Jenny merely looks puzzled. "It's not the book that put him in a bad light," she says.

And later in the interview there is this:  "He didn't have a lot of experience courting women, let's just say."  Take note Mrs. Spitzer: a kick in the cojones doesn't get any more elegant than that.

Of course, as campaign manager for Mark Sanford's three congressional and first gubernatorial elections, Jenny Sanford does have to answer for her role in foisting this guy upon the citizens of South Carolina.  But if this book is half as entertaining as it looks, they might be willing to forgive her.

Photo: Roses are red, violets are blue... the best revenge is in hardback at a bookstore near you.

Posted at 04:48 PM in Ask the Suburban Kamikaze | Permalink

Note also that the picture was taken in the Jenny Sanford Wedding Garden... See the plaque behind her in the uncropped NYT photo above.

Another deft touch. Gov. Mark was waaaay out of his league in crossing her. Also, she rocks those black suede boots.

Not to take anything away from Ms. Sanford, because IT'S ABOUT DAMN TIME a political wife did this, but if I had both my own and a family fortune to back me up and keep myself and my family more than comfortable basically forever, I'd take a high road lined with knives too.

You are right. A fat pile of economic security does make the high road easier. Also the low road, the middle road and the little path off to the side.

Yes yes on the "money makes the path easier" part. But eloquence? That can't be bought. And seriously, "It's not the book that put him in a bad light" is genius.