« The Underachiever's Guide to Dressing Clever: Does this irony make my ass look big? | Main | A midsummer night's drama queen »

How to Explain Sex Toys to Your Children on the Spot Without Panicking, Obfuscating or Careening Wildly into the Shoals of Too Much Information

This is a little awkward. You see, I was hoping you would know and -- you're new here, aren't you? Or perhaps you have not been paying attention? 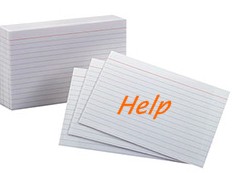 I can't imagine what I could have said or done in the past to indicate a source of useful advice here.  The fact is, when it came up in my living room recently,  I found myself panicking. Then obfuscating. And finally, careening wildly into the shoals of too much information.

The soon-to-be sixth grader and I were watching a PG-13 rated movie that seemed safe enough.  A mediocre romantic comedy like a dozen others the girl has seen without incident.  I like to screen movies in advance when I can, but occasionally if the movie jacket indicates something relatively tame, I will forgo this ABSOLUTELY CRITICAL STEP in favor of watching it with her, which, if you are the type of parent prone to panicking, obfuscating or careening wildly into the shoals of too much information, is actually worse than simply letting your child watch it alone.

In my defense, I can only say, that up until this moment, I truly did not see myself as the kind of parent prone to panicking, obfuscating or careening wildly into the shoals of too much information. In fact, I am now embarrassed to admit, I even imagined that I was an enlightened sort of parent on these topics. "It's just biology," I may have said once or twice over cocktails with the slightly condescending air of someone bemused by the inexplicable squeamishness of others. You know who you are, you prudish, myth- and ignorance-propagating others.

Then comes the scene where a grandmother ties a set of what are referred to as "thunder beads"  around her neck, mistaking them for a necklace - to the great amusement and shock of the other guests at a bridal shower demonstration of what are sometimes coyly referred to as "marital aids."

"Those," she says. "The thing the grandmother has tied around her neck like a necklace."

"Thunder beads," the girl says. She shifts her attention from the television screen to my face with the perfect instincts of a child who suspects she is being misled.

MORE OBFUSCATION: "I'm really not sure,"  I say. "I have never heard of 'Thunder Beads'." I give myself one point for truthfulness, even if it is a hair-splitting sort of truth.

"Yes, but what do you think they are?" she says, demonstrating one of the pitfalls of Take Your Daughter to Work Day in a family full of journalists.

Her newsroom skills are impressive. She rephrases the question, hones in on the ambiguity in my answers and pushes me to the wall. She is relentless.  "I have never heard of thunder beads," I repeat. She allows an uncomfortable pause to build into silent pressure, until finally, I find myself CAREENING WILDLY INTO THE SHOALS OF TOO MUCH INFORMATION.

Later, I recount my ordeal to Mr. Kamikaze, who is as sympathetic as always. "Jesus," he says, "you were one stammer away from describing double penetration."

That is ridiculous. It never even came up. And I have learned my lesson, which is this: As a parent you must anticipate every possible question, compose eloquent, age-appropriate explanations and be ready to give them at a moment's notice, possibly from 3 x 5 index cards that you have prepared in advance.

I am just kidding of course.  I have only prepared one card. It says: Go Ask Daddy.

from the Sex Ed archives: Sex, Lies and Pomeranians

Posted at 11:25 AM in Ask the Suburban Kamikaze, Confessions and bad advice | Permalink

Okay, real quick answer: Thunder beads are used by Tibetan monks in the ceremony of praying for rain.

I've been lurking for a few months, but I need to come out of the closet, so to speak. Thank you for the best laugh I've had all year!

This encounter reminds me of the time I was trying to explain some sexual thing to Grace and I mentioned missionary position. She covered her face with her hands and said, "There's more than one position?" Oh, I had careened wildly!

I saw that movie, and can't even remember which one it was. I remember the scene because I had no idea what thunder beads were. I still don't, and am afraid to google it. I'm such a prude.

My hubby is unwilling to deflect any question, so he told my persistent 5 year old "the man puts his penis into the woman's vagina". I heard about this later and about died. If you didn't go there, you're probably okay.

Oh flip. I would have just wet myself as I laughed myself silly. My kids just die of shame now and won't ask me ANYTHING. It's kinda handy. Thanks for the laugh.

I would be prone to all three, most definitely including over-explaining. So far, with my persistent five yr old, I have deflected deflected deflected. "Yes but HOW does the baby get out?" is a very difficult question that I have skilfully avoided answering several times now. Most because I am pretty sure that if I give a real answer, it will immediately be followed by "Yes, but HOW did the baby get IN?" which I am in no way prepared to answer for him yet. Or possibly ever.

When my five year old daughter asked me how her baby brother got into my stomach, I panicked and told her, "Daddy knows magic."

We had that converstaion or one very like it during another PG 13 movie, Just Married with Ashton Kutcher and Brittany Murphy. Oh it's all fun and games until something they plug into the wall at the 12th century castle they are honeymooning at causes the electric to go out all over Belgium. Wasn't that a hair dryer? I remember saying as blankly as possible...

Tell me what movie so that I can avoid it.

The movie was "Made of Honor" (PG-13) and if I had done my homework, the warnings were all there...

AHAHAHAHA...
wow. I said to my daughter yesterday, " I don't understand why boys manage to pee all over the toilet seat, I mean...they've got POINTERS"

Send help. I think I'm careening into the shoals of TMI

'...one stammer away from describing double penetration.' Oh, Jayzus--I haven't laughed that hard in a long time. Please thank your husband for me.

"When my five year old daughter asked me how her baby brother got into my stomach, I panicked and told her, 'Daddy knows magic'."

Sooner or later, you're going to have to explain to her about his "magic wand." Good luck.

I give all the questions to my husband. While he gives way too much info, I sit there quietly and turn nine shades of red...

Well - well- well.. I guess this movie has created lots of teenage questions, as my 13 year old daughter and I were watching - I too got the question "what are thunder beads".??

My response: with a grin on my face- because let's face it kids talk about these things better she know the right answer- ( as I recall being educated in what a "Twinkie" was- I googled the answer and discretly showed it to my daughter - she read, looked at me wide eyed and said - EWE!!! ( thank god- for that answer)in which I replied " any questions??"

And so question asked - answer delivered and myself and google wait patiently for the next question ;)

You should have said, "Big beads".