The Underachiever's Guide to Dressing Clever: Does this irony make my ass look big?

I have been pondering New York Times writer Cathy Horyn's fashion advice for days and I still can't decide what it all means.

"First go the knees, then goes irony," Horyn writes in the Styles section.

She's not talking about miniskirts or high heels or long hair, or any of the other clichéd ideas about what can and cannot be worn into middle age and beyond. She's talking about dressing "ironically."

"Sometime around age 50, women start to let go of certain ideas about themselves and fashion," Horyn writes. "Up until then you wear lots of silly or brash things and if you are reasonably fit and attractive or consistently daring, it doesn't really matter."

I have (technically) years to go before I am required to forswear "fashion's clever twists," according to Horyn's research, but sadly, I have no clue about how to use them.  I had no idea the clock was ticking on my ability to wear knee socks with high heels, goofy hairstyles or vintage hats - and yet, I can't help but feel I am closing in on my peak irony years.  How ironic is that?

Worse is the recognition that I have never had any inclination whatsoever toward wearing things like that; I don't own a single vintage hat for example.  I can't really take credit for the accidental ironies; the red underwear under the flouncy dress on the first day it was warm enough to walk around Chicago with any skin showing. "Finally!" I said, just before my dress blew up to my armpits the first time, "I can see my own skin again."

They call it "the windy city" but "the city where you're going to need a little bit of weight in your hemline" would have been more helpful.

Leggings might be the obvious solution, but I don't have a lot of time left for anything so obvious, so conventional, so sincere.

Posted at 04:58 PM in The Underachiever's Guide to Everything Worth Doing (Halfway) | Permalink | Comments (3) | TrackBack (0)

It's really not such a mystery, Betty 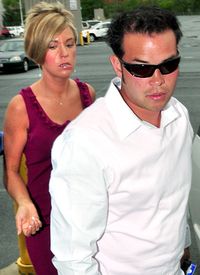 "Mean Betty truly wants to know: Why can't they be more CLEVER and DISCREET about their infidelities? Is that really too much to ask? Whether it's that pathetic anti-prostitution crusader Eliot Spitzer being caught with a hooker, or this latest yokel Governor Sanford with his caliente mistress down Argentina way - one really does have to wonder how they managed to land themselves in office in the first place." - BettyConfidential.com

I hate to be mean, Betty, but the answer to your question is pretty obvious.

They land in office because we pay more attention to Jon & Kate, Angelina & Brad, Britney Spears or just about any bit of B-list celebrity gossip than we do to the people who run our country, our states, our cities or even our schools.

They don't have to be clever or discreet because most of the time they don't get caught. They know we're not paying attention. And let's face it, we're only paying attention now because the guy got caught with his pants down. The stuff that he did with his clothes on does not have the same hold on our 10-second attention span, though I can pretty much guarantee, Betty, that more people got screwed.

There is a price to be paid for our national obsession with celebrity gossip, scandalous sex and 5-minute makeovers.  Because while it might be fun to engage in a little drive-by badmouthing, it surely does not encourage any sort of thoughtful debate of the stuff that matters. Meanwhile, the journalists who actually do the work of trying to hold some of these dumbshits accountable are being told their services are no longer required. You want to know why Betty? Because it's so much easier to just click on some gossipy website and read the recycled version, extra snark please - and hold the attribution.  It's not your fault, Betty. You never claimed to be The New York Times.  And god knows how depressing that can be.

It's just that I worry that the public officials who decide everything from what our fourth-graders will be required to learn to how much it will cost us in taxes to pay for the legal bills they run up  fighting our efforts to see how they are spending our money, won't take us seriously anymore.

Your readers are outraged that Jon & Kate got a lot of free stuff. But what would happen, I wonder, if you told them that in Wheaton, Ill., a school district so hard up for cash that it considered cutting fourth-grade orchestra, workbooks and intramural sports programs, spent $62,000 fighting to keep its $380,000 a year contract with its school superintendent secret? They fought the case for four years, Betty, all the way to the Illinois Supreme Court - before being told that, uh, that's public money you're spending, morons; you can't keep it a secret from the public.

Can you imagine how pissed off your readers would be to learn that?

Still, government goes on in secret all over the place. The Wheaton Warrenville school board struggles to "maintain financial stability" in the face of "significant financial challenges" that may or may not include paying its lawyers to keep things secret.  What else don't we know? Raise your hand if you know how much you are paying your own schools superintendent.  Anyone? Who will bother to find out when the newspapers are gone and we are left with nothing but gossip for our news?

Want to know who's really getting fucked, Betty?  We all are. And we probably deserve it.

Photo: Jon and Kate Somebody doing something. Who Cares? 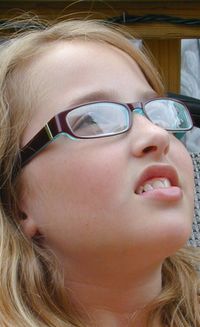 What, I was supposed to take her word for it?

She's 11 years old. How was I supposed to know that the world from about five feet forward had gone all blurry for her?  Because she said so?

Finally, however, after months of watching her squint into the distance, I manage to winnow my to-do list down to the last 350 items and come across this one:  Have the girl's vision checked, you moron.

Turns out she needed glasses. Stylish, two-tone frames and a whole new point of view. She looks fabulous. Everything, in fact, looks fabulous - a point she makes repeatedly.

"I can read that sign! I can see that!" she says. "Everything is SO clear."

Payback is your mother 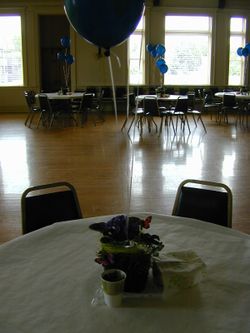 The call that Boy Esquire had been dreading finally came.

I won't lie to you. I couldn't wait to tell him. To see his face go pale and hear him stammer.

Was it cruel? Maybe. But please. Spare me your sanctimony.  The boy does not deserve your pity.

I wait for the right moment. "Take the garbage out," I say. "By the way the volunteer coordinator has asked me to help out with the dance."

The dance is the pinnacle of the middle school social calendar. There are rumors of girls with $300 dresses and 14-year-old boys learning to tie their own ties. Before this night is over, we will have inhaled our weight in Axe body spray.

But whatever hopes were riding on his new size 10 black dress shoes have come crashing down around his feet like the glass from a picture frame struck by a football thrown in the house after repeated warnings.

"Chill-ax, it was an accident."

"I already told them I would," I say. "They need parents on the dance floor. Did you remember to put the recycling out?"

"Mo-om." He is braying now.  "Tell them you're busy."  A bead of sweat, like the condensation that drips onto the book he is using as a coaster for his milk glass, forms in the shadow over his lip.

Eventually I will tell him that I've only signed on to help set up tables, inflate balloons and fill little bowls with M&Ms and goldfish. As part of the decorating crew I will be long gone before the music starts.

But for now, it's like a little graduation present to myself.

The underachiever's guide to gardening Here is Phase One of the backyard bunny garden we are creating.

Phase Two is where Mr. Kamikaze comes out and wants to know did we dig out a proper bed of gravel and sand leveled to within 1/32 of an inch before we ... something... placed the stepping stones using a guideline to ensure proper ... and something about compacting?  And were we careful to something something ... and who can stay interested long enough to hear what comes after that?  We are making memories here, not building a pool deck.

Posted at 09:46 AM in The Underachiever's Guide to Everything Worth Doing (Halfway) | Permalink | Comments (9) | TrackBack (0)