« One dirty sock ahead of the apocalypse | Main | Family Values »

A piping hot cup of scorn 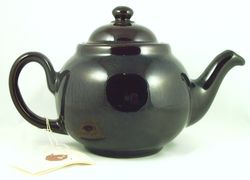 In grief, as in so many things, the English turn to tea.

So I know I am in hot water as I head to South Florida  to try to be of use to my very dear English friend who has lost her husband.

"You're going to have to learn to make a proper pot of tea," says my other very dear English friend, whom we refer to as The Queen's Own Jane, or sometimes "Jane" for short. "Not like the last time," she says darkly.

Bloody hell, I think, in the English accent I use in my head sometimes.  It has been six years since the tea party I threw for my daughter's fifth birthday and the English still cannot get over it.

There were pink roses, china cups and little sandwiches with the crusts cut off.

But I made the mistake of boiling water in a saucepan on the stove, committing what is apparently a felony in some parts of the U.K. and scandalising (and here I am using the preferred British spelling in a vulgar attempt to curry favor) the entire ex-pat British community throughout South Florida and the West Indies.

Later, "Jane" sent me the full 343-step process by which a proper cup of tea is brewed and served.

I meant to learn it, I really did - but somewhere between the descaling and the pot warming and the steeping and the precision of a guard-changing ceremony at Buckingham Palace, I could never quite muster the energy.

It is, dare I say it?, only a cup of tea you are left  with at the end. Meanwhile, the world around you has moved on.

"I was thinking," I say cautiously, "to get her drunk."

But that, as they say in the colonies, Would Not Do. When an English friend has suffered a loss, it is  incumbent upon her friends to prepare tea.  Properly.

"There is nothing," she says, "that a good cup of tea or a bicarbonate of soda won't remedy."

Bicarbonate of soda? I pray this is a rum drink. But no.

Jane scoffs at the idea that I can get the tea right but insists that I do it anyway. "It will do her good to laugh," she says.

But I am determined to provide more than comic relief. Also to salvage my tea-stained reputation, which now appears in danger of spreading across the pond.

Does Michelle at the British pension office know?

Lovely Michelle, whose lilting accent and impeccably good manners make me wish I was wearing gloves. "I do apologize," she says repeatedly, as if the 5-second interval during which she retrieves the answers to my questions is an unacceptable delay.

Michelle is as smooth and competent as Raymond at the American social security office is useless and rude. I find myself falling in love with her.

But maybe that is just the tea talking.

Posted at 03:20 PM in A little English, This Week in Suburbia | Permalink

Apparently, my whole life has been a sham.

Oh, give your friend a hug for me. Sorry for her loss. If you really want to shock, use generic teabags - I hear that's a felony (or Brit equiv) over there.

Raymond at the American social security office is useless and rude--yes, but he will NEVER judge you on your English tea-making skills.

Sorry for your friend's loss...Hope your presence will be a comfort to her. (Hint: Let her make the tea.)

You are a dear friend to be travelling to be with her... and good luck with that tea!

I love that you too, have a British accent you use in your head sometimes.

I thought it was just me.