« How many 13-year-olds does it take to make a pot of coffee? | Main | Wall Street surges on reports of fifth-grade supply list »

It's all about meme

So, Melinda, here we are.

It has taken me a while, but there is a good reason for that. See, first I had to figure out exactly what a "meme" was. I mean I had a pretty good idea of what I was expected to do, but I needed to know more. Where did the idea originate? What were the origins of the word? It turns out to be a word first used in a 1976 book by Richard Dawkins to describe "how one might extend Darwinian principles to explain the spread of ideas and cultural phenomena."  Interesting. I wanted to read further.  (1. I love any excuse to buy a new book.)

Or possibly I was just stalling.  (2. I am a chronic procrastinator.) 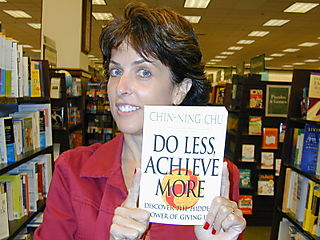 Share seven facts about yourself on your blog, some random, some weird.

Why seven Melinda? Because that seems like kind of a cliché.  (3. I like to make my own rules.)

I am totally stumped on "weird" though.  "Is there anything weird about me?" I ask my 10-year-old daughter.  "Your hair," she says. (5. Some people seem to think I have weird hair.)

I wonder if it's a little weird that I can't think of anything weird about myself.  I wonder if I could count that as 6?  I wish it was "unusual" instead. Then I could have said... something. I would have thought of something. Oh for chrissakes. (7. I need a tattoo, or something.)

What's wrong with my hair anyway?

Sending this on to you, Cuppa Jo, MommyTime, Kalle C, MomZombie, Leanne, Rattling the Kettle and Gary, the old dude.

Posted at 07:48 PM in Ask the Suburban Kamikaze | Permalink

Good thing you didn't ask me, I don't meme, haven't for years, not since the operation.

Yes, you missed a bullet there Audubon. I decided to punish the first seven people on the recent comments list. That will teach them.

Weird fact number eight: you are standing in a mega bookstore, instead of that fantastic bookstore on that main drag next to the train station...

Yes, well I was in South Florida where the weather and the mojitos are first-rate, but the bookstores, sadly, are not.

I think I will pick up of a copy of that book myself...it is just up my alley.

Thanks for the tag. I'm going to have to ruminate on this one for a few days.
--MomZombie

So I finally got around to posting, thanks for the tag! And for the link to "meme" - I had assumed it was pronounced "Me! Me!" since that's what it's all about. My something learned for the day.