« There are no brunettes in Dallas | Main | Uncontainable » 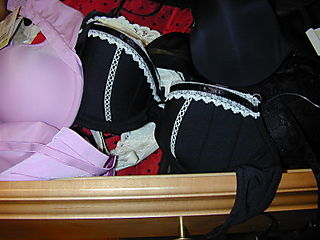 If that's what it takes.

I used to go bra-less, but after breastfeeding 2 kids? My bra has nothing to do with satisfying any male's boob fantasies and everything to do with keeping my boobs off the floor. I don't like them to get stepped on, see.

tell me, does that balcony-thingy work it so that you can store a drink there with no hands? if so, Vicky's Secret, here i come!

It is certainly worth a try.

Mommypie is being modest. The bloodshot amphibian eyeball paint bra is fabulous. That must have been some party.