« A brief history of no time | Main | Garnish the cat bowl, Bossy's coming »

To be perfectly frank 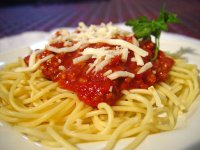 Frank wants to put some kind of health powder into my water.

I promise him I will try it. Later.  After I finish my $4 peppermint latte from the evil corporate coffee chain.

Frank doesn't drink peppermint lattes and he doesn't approve of evil corporate coffee chains. He sits just a few feet away from me at work but lives on another planet entirely.

He's an anti-corporate vegetarian environmentalist in his 20s who spends his free time organizing Burger King boycotts and strategizing a media campaign to raise awareness of prison conditions.

He scavenges organic pizza crust from the backs of restaurants, reads French social theory and rails against gentrification.   He rides his bike and uses public transportation and still - I am sure of this - worries about his carbon footprint.

I am a 45-year-old suburban mommy whose purse is stuffed with grocery lists, receipts and overpriced cosmetics that were probably tested on animals. Hardly a day goes by when I do not patronize some corporate retail establishment. I could not name a single French social theorist.  The term "carbon footprint" makes me think of shoes.

It has been a long time since I imagined I could change the world.

But it's not as if there is no common ground between us.

Frank wants me to listen to some Italian folk music he likes.

"This makes me think of making spaghetti," I tell him.

"How was I supposed to know that?"  I say, a little defensively.  Jesus, when did I become "The Man"?

I tell him it is just a matter of time before he falls head over you-know-what for some pretty young thing with a Prada fetish and a Neiman Marcus credit card.  And his "resistance" to the forces of rampant consumerism will come crashing down outside a Victoria's Secret dressing room.

But Frank is not the only force of social consciousness in the office.

"Is that fair trade coffee?" I am asked when I come back with a a bag of Starbucks Latin America breakfast blend.

It is $12 a pound coffee, ingrates, is what I am thinking.  But what I say is: "It was produced by an organic, lesbian co-op.  A portion of the profits go to benefit the anarchy defense fund."

Frank's gritty urban apartment would probably fit into my living room. But he lives within his means, while I am in debt up to my mascara.  One of my favorites brands is called "Urban Decay."  It makes me feel gritty and urban, like maybe this weekend I will head out to the North Side to catch a slamming new band.

But unless there is a new band called "PTA Mommies," it is not on my calendar.

Posted at 05:56 AM in This Week in Suburbia | Permalink

I am totally craving spaghetti now.

And a peppermint mocha latte and I haven't had one of those in like two years.

Tell your office anarchist that the quickest way to green up the world is to green up the corporate wallets. My firm is in the midst of a 3 year transition to "paperless." They are feeling pretty smug about not ordering that recycled paper and not providing us with styrofoam cups (bring your own cups hand made and fired with lead paint in China by children, go ahead, we won't check..) Of course that means we need more computers and more electricity and more electronic doodads and wait, doesn't plastic last forever and aren't forests renewable? I'm so confused. Anyway, it cost them less so they went that way. Now I realize it is up to me to convince them that paper is a good thing and it will somehow, cost them less... follow the money.

Or you can tell your office anarchist that the quickest way to green up the office is to get rid of the boss. The year after my last boss retired, our paper usage went down 89,000 copies. Yup, from one guy. Have your office anarchist suggest firing the boss, that should take care of your problem.

The day my active vocabulary includes the word "scavenge" is the day someone has already pressed a red button somewhere. Until that day, I'll continue to wear animal-tested shlock and drink the $12-per pound Kool-Aid. GREAT READ, MISS KAMIKAZE.

Fully recognizing that this is blatantly stolen from the New Yorker--I, a former San Diegan living in Portland, OR (read: home of 98% of the Franks in the world)--use the following phrase daily: "I hate it when they act all greener than thou."

I stumbled this way stalking Bossy's Road Trip. It's poetry month, and I've been reading poetry. Is this poetry? It reads like poetry. I quit washing baggies in the seventies..it's not that I don't care, but along the way I learned each solution carries the seeds of the next problem and I'm easily distracted.

this really made me laugh - it's like my past and current selves combined. very funny.

Um, Sue, is it possible your boss was the only one working? :-)