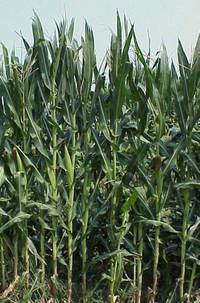 They grew up in towns with names like "Normal" and "Hometown."

I came from a place people went to escape normal, hometown-type places. Where thongs and tequila flew off the shelves like underwear and hard liquor. Where you could not step out for a latté without tripping over the players in some international intrigue involving suitcases full of cash, or body parts. Where the word "exotic" had lost its meaning.

Where were the tattooed, Margarita-swilling, motorcycle driving mommies like the ones who ran the PTA meetings back home?

Everywhere I turned I was subjected to stories extolling the character of the hard-working, unvarnished Midwestern people.

It was cloying, annoying, but taken as truth: these were the best people in the entire country.

It was going to be a long winter.

And so, though I knew it would not be easy, I had to learn to communicate with these wholesome, sincere, incorruptible people.

When I first came to be among them it was nearly Halloween.  The best of the holidays. At what other time of year can you count cobwebs and dustballs as decor? Go door to door trick-or-treating for cocktails? Dig a grave in the backyard without arousing suspicion?

But alas, such traditions had not spread to this little corner of the suburban Midwest. As the day of haunting drew near, pyramids of tastefully arranged hay bales tied with orange satin bows sprouted on lawn after lawn.  Does Martha Stewart have to ruin everything?

I still had my wig in my hand when the first trick-or-treaters showed up. It was 3 p.m.

"What are you doing?" I asked, squinting into the sunlight. "It's not even dark."

"There is a curfew," one of them answered politely.

"A curfew?" I said. "It's  Halloween. You are teenagers.  Show some self-respect."

They did not.  I sighed.  It was almost certainly a hopeless case.

But, as they say, it takes a village.   So I explained to them what was expected and sent them on their way with a package of toilet paper and a dozen extra-large.

It wasn't just the children who needed my help.  Their mothers had knitted themselves into lives of corn-fed desperation. Their social lives were built around product parties and school fundraisers. Married to men who had their hair cut every three weeks, they avoided liquor, tattoos and high-heeled footwear as impractical, unnecessary and dangerous. Especially on ice.

They were dying on the inside, even if they didn't know it.

The first woman to confide in me said she'd stopped ordering wine in restaurants after her husband had complained about the expense.

She ran herself ragged to be the perfect mom.  But she had no idea how to play the Game of Wife.

"You are doing it exactly backwards," I told her.  "Order a second glass of wine.  But leave it mostly untouched."

But she was from the South Side, so it didn't really count.  Those women take to bad like a Midwesterner to green bean casserole.

If I was going to do any good at all, I had to reach the PTA members, the tea drinkers, the Women Who Mulch Too Much.

In hindsight, the tattoo party was probably too much, too soon.

And I blew it with the Tupperware clique when I asked them what they did for fun. They were having fun, apparently, right there, surrounded by the latest in jewel-toned plastic food storage. "I mean, other than this," I said quickly.  But it was too little, too late.

But I am this close to talking the book club into a two-drink minimum.

And X-rated scrapbooking?  This could be my best idea yet.  On paper at least.

Posted at 07:38 AM in Holiday Traditions I Just Made Up, Midwestern Diary, Pumpkin Spiced Posts | Permalink

If this piece right here doesn't end up on a radio near me sometime soon, I will consider it a crime against humanity.

Oooh. I'm not sure I could live among them...tooo scary. They didn't have nothin' like that in NYC where I come from. Here in Oregon, though, it's a different story: we have a two drink minimum in our book club, but we've never had to actually enforce it.

I have been there. I successfully infiltrated their ranks and got myself elected PRESIDENT of the PTA, tattoos and 19 piercings and all, and I failed. Miserably. And now I want to knit.

Perfect, perfect, perfect! I am the one who thinks belching at the dinner table with family is always a good idea. And doing it in a fancy restaurant is even better? Saying "shit" in church? Drinking way too much and being much too friendly to the neighbors? Being too extravagant? Wearing just a little too much makeup and making sure that the "girls" are showing properly at all times? Hm. The days...

i grew up in Miami - the very south west part - kendall and the only place where we could get away from the cops and do our drinking and smoking peacefully was in the cornfields about 80 blocks west...now a wallmart... Cornfields always bring me back to 10th grade, when Miami was on the verge of explosion expansion- early 90's