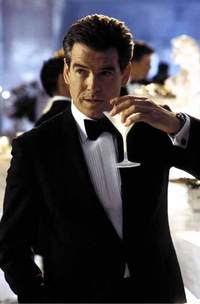 Is one willing man and a bottle of La Petite Frost going to solve the world's problems in an afternoon?

But don't try to tell Miss Britt it isn't worth the effort.   And who can argue that the world  is not a better place for it?

Imagine a world in which every wife shared her ambition and courage in taking those first few steps.

A world in which even straight men had a regular relationship with their cuticles and knew when it was time to shop for new underwear.

And then, join us in highlighting Miss  Britt's achievement  in bringing that day a few strands of hair closer, with her illuminating how-to post,  "How Miss Britt Makes a Metrosexual."

For this we nominate her for January's Perfect Post Award.

Because, isn't it about timeish?

Read the other award winners at Petroville and Suburban Turmoil.

Photo: Putting the "man" into  manicure.

Posted at 02:07 AM in Ask the Suburban Kamikaze | Permalink

My husband will be THRILLED.

Knowing you as I do, SK, I suggest all this fawning attraction to the metro-sexual male is a put on. Do you fear that the other suburba-femi-bloggers will ride you out of cybertown on an empty case of merlot if you don’t give – er – lip service to the notion that what really warms your – er – heart is well-groomed cuticles?

Well you’re far more funny, trenchant, brave, well-written and clever than they are, so don’t let them push you around.

I happen to know Mr. Kamikaze from back in the day. Speaking as one retro-sexual recognizing another, I suggest that’s just what the girl likes, wants and – hey, I’ve gone this far – needs. A fellow who is too glossy just isn’t going to keep the train on the track, and thank God for that.

Golly. Did I just blow your cover?

Well, there's the trouble with us he-man, woman-lover types – that isn’t the sort of thing that bothers us much.

Now go tell Mr. Kamikaze you’ve been naughty, and see what he does about it.

I love a man in a toolbelt as well as the next woman... maybe even a little more - but seriously, we do look at your hands.