« It's not coal mining. | Main | Is a hobgoblin anything like a hamster? » 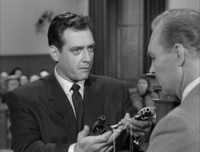 It is barely 7 a.m. and Boy, Esq. sidles into the living room with two fudge bars he believes are concealed beneath his arm.

But I wasn't born yesterday.

"You are not going to eat ice cream bars for breakfast," I say, with a tone that I imagine as firm, final and with the emphasis on "not" and "ice cream bars."

But he hears it differently, parsing it in his head like William Safire.   Emphasis on the modifier "for breakfast."   Which a 12-year-old defines as "the first thing you put in your mouth."

"I will make you some oatmeal," I say with Zen-like calm.  I am holding my big coffee mug and the coffee is freshly brewed and it is not easy to provoke a properly caffeinated Mommy unless both children are awake.

He doesn't argue.  Because I am The Mom.  And  because, deep down, he recognizes that oatmeal is the better choice.  That's how I hear it.

But he is only waiting until I have made the oatmeal, dished it into a bowl, sprinkled it with brown sugar and set it on the table with a glass of milk and a napkin folded into a triangle.

This is too ridiculous a question to even acknowledge. I roll my eyes instead. Which means:  There is no possible way you are going to eat ice cream for breakfast.  Which means: anytime before after lunch.

He lays down the gauntlet.  Also his spoon.

"I told you I didn't like oatmeal," he says. "I was only going to eat it so I could have ice cream."

"I never said you could have ice cream," I point out.

He parries:  "Well, you sort of did, Mom. It's called welshing."

"What are you talking about?" I say, feeling the Mommy Zen state I have cultivated start to dissipate like steam from a bowl of hot oatmeal.  The five-minute kind that you have to stir while it is cooking.

"Oh, come on," he says,  in a tone of exasperation.  "You implied that I was going to get ice cream."

"I certainly did not," I say, thinking that I perhaps did not make enough coffee.

"I kept commenting on it and you never made any objections," he says.

As if this proves anything. As if he is going to wring a confession out of me.

He is not finished. Like Perry Mason, he moves from badgering to accusation:  "You were just going to let me eat the oatmeal and then say no."

And maybe he is right.

But there is such a thing as the Fifth Amendment in this country. Even if none of Perry Mason's witnesses ever seem to have heard of it.

I will not say another word.

My mouth is full of oatmeal.

Photo: Mason demonstrates the preferred method for getting children to eat.

Posted at 03:03 PM in What Passes for Parenting | Permalink

[calmly] "You are NOT going to eat this ice cream bar for breakfast . . ."

[mouth full, starting to drool now] "And then I'm eating the OTHER one for DESSERT."

No angst, no yelling, no problem.

He's a smart little booger, isn't he? hard not to be a little proud of that, even in these moments.

Ms. Kamikaze, I really like your site, but I'm not sure I can continue to read it. My kids are grown up now (well, 22 and 25 anyway) and every time I read an entry about dealing with your kids I have a PTSD flashback and have to find some alcohol. Since I'm usually at work when I read your blog (breaktime!) this can be awkward. Oh, well, I'll just soldier on and ignore coworkers who ask me why I'm twitching.

i thought i wanted smart kids. but i had a smart dog and she was really hard to take care of. now i have an inbred dog. he is easy to take care of. all moms must hate that all i can do is compare kids w/ dogs, but sorry thats all i got for now.
if my kid whipped out the words "implied" and "objections" I would be so proud. but i can see how it can be bad.