« Is a hobgoblin anything like a hamster? | Main | Thirteen candles »

An open letter of apology to my future daughter-in-law 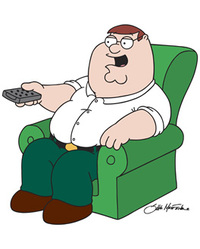 May I call you D? I don’t really know you that well, but I feel I owe you an apology.

Though he is only in middle school as I write this, I can already imagine what you must be going through as you attempt to navigate the complex needs and idiosyncrasies I accidentally instilled in my son.

By now I suppose, he is well into adulthood, but still doesn’t know how to do a load of laundry, make toast, use silverware or handle disappointment of any kind.

It’s no excuse, I realize, but you should know that I, that we, had planned it differently.

You see, my mommy friends and I told ourselves that we were raising a whole new breed of man, free of those last few stubborn flaws inflicting the boys who grew up to become the men who went on to become our husbands.

Not that we don’t adore them. It’s just that it was clear well into the new century that there were still some bugs to be worked out. And we were the generation of mommies to do it.

We were not our mother’s daughters, after all. We were older, wiser, educated and well read. We had no idea what we were doing, but we were sure we were doing it better. How could we not? We had piles of books, the finest caffeine drinks in history and subscriptions to The New York Times. We had our own websites.

We were certain of our success. We would raise a new kind of man, a man who wouldn’t dream of letting anyone else do his laundry, a man who recognized that shoes make the outfit, that dialogue makes the movie, that women are more than the sum of their breasts.

Then, of course, we went on to breastfeed them well into elementary school.

But hindsight, as they say, is 20-20, and pretty much useless in the raising of children.

Now of course, as I look back, it all seems so naïve. Did I really think that the New Yorker subscription I started for him back in preschool would leave him immune to flatulence jokes and locker room humor?

It’s easy to look back now and say maybe we shouldn’t have cut their sandwiches into little shapes, and then arranged the pieces into miniature postmodern reproductions and then thrown it all away and started over when they told us they preferred neoclassicism.

At the time, it seemed like the best way to ensure that they would be men of the world, willing and able to hold long conversations in nice clothes about things unrelated to football or lingerie models.

And it might have worked. But the thing is, when Daddy’s influence kicked in, it kicked in hard, undoing years of sensitivity, etiquette and art appreciation in a single shared episode of Family Guy.

I can't be blamed for that, can I?

Further adventures: Boy, Esq.,  What to Expect: The Origami Years, Payback is Your Mother

Posted at 05:08 AM in Boy, Esq., Insincere Apologies | Permalink

Great post--from a mother who hears the word "fart" about 157 times a day.

I love this post! My mother-in-law apologizes to me all of the time for her sons behavior. haha.

Boys. What can you do? I have three of them myself. I thought you could discourage playing with toy guns by not allowing them. Little did I know that they would just make them out of Legos... The "Y" gene simply can not be denied.

Ah...my little boy is still just 18 months old, so this piece just totally burst by bubble. But it also made me laugh out loud. :) I'm SURE you're right...

The first time I spoke with my son's girlfriend on the phone, I thanked her for putting up with him. She was nice enough to lie and tell me that it wasn't that difficult. I'm sure there's a letter of apology in my future too...

You have killed us. Just finished reading your post aloud to the father of my children and weeping with laughter. You are so right.

I AM working on my son, and like you, am doing it for my future daughter-in-law. Each time he throws a 13yo fit about doing laundry, or the dishes, or vacuuming, I remind myself. "She's going to absolutely love me, I just know it" Somehow it helps to make it through the moment. (smile)