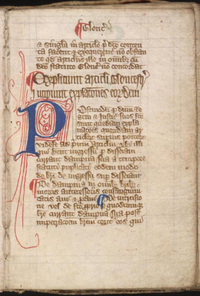 My friends are always asking me to share my best techniques for getting children to behave, to cooperate and to help around the house in an agreeable manner.

For a long time, I imagined this was an area of parenting in which I was considered an authority. I was happy to share my tips.

If I had nickel for every time someone asked me to explain the coffee can system I could fill a coffee can with nickels.

But slowly I came to realize that these requests always seemed to come at cocktail parties or other social gatherings. No one ever asked me for advice over the telephone.

I was a source of entertainment, not expertise. I was doing stand-up and I didn’t even know it.

So go ahead and laugh at my coffee cans, my little slips of paper, my constantly evolving systems of points, check marks and gold stars, the privileges bestowed and revoked, the statements of principles taped to the refrigerator, entire justice systems erected and scrapped over a period of days.

But when you are finished laughing, ask yourself this: Was the Magna Carta written in a day?

Because I am not dealing with ordinary children here.

I have a 12-year-old who could talk a second-year law student out of his position, whose recall of precedents would get him past the bar exam in most states and who can spot the loopholes in new household legislation before the glue is dry on the coffee can.

Here is an example.

A few years ago, exhibiting the kind of parenting creativity that will eventually earn me a patent – and then who will be laughing? - I came up with a New, Improved System for Ending the Epidemic of Constant Bickering, Sibling Spats and All Around Lack of Cooperation in our household.

New Improved Parenting System for Ending Epidemics of Constant Bickering, Sibling Spats and All Around Lack of Cooperation

One empty coffee can

One pad of multicolored Post-It notes.

(Buttons, coins or other tokens can be substituted)

Paper to label coffee can

1. Adopt an accounting system that reflects the relationship (in points, stars or tokens) between behaviors or chores you wish to be exhibited/accomplished and various treats and/or privileges to be used as incentives.

2. Adopt a separate accounting system that reflects a subtraction of credit for failure to exhibit certain behaviors or complete assigned chores.

3. Keep track of good behaviors exhibited/chores accomplished by dropping a token or post-it note into the can whenever necessary.

4. Keep track of failure to exhibit certain behavior or complete assigned chores by withdrawing points, tokens or stars from coffee can.

5. Allow child to redeem points by choosing from list of treats/privileges.

I feel certain that this is a system that could work eventually, despite the setbacks we experienced.

It started out fine. My One Cooperative Child (a.k.a. “the suck-up”) was ready to give it a go.

Then Boy, Esq. started in.

Boy, Esq.: Does “trip to bookstore” mean we get to buy a book? Any book? Does it have to be a book?

We settled upon a reasonable system for determining what kind of purchases could be made during a book store reward trip and 45 minutes later, we were ready to restart.

A lengthy discussion followed wherein we settled this issue and numerous others. Could points be borrowed or traded? What if one child had enough for a trip to the bookstore but the other didn’t and couldn’t be left behind? Also, would the accounting system use negative numbers?

But what really killed the system was my failure to develop a corresponding system of appeals.

Boy, Esq. hit upon this after a discussion of whether or not credit could be earned or subtracted for chores or behaviors not explicitly enumerated on the can.

As the creator and arbiter of the system, I felt that I should be free to consider other behaviors.

As many a freshman legislator has learned the hard way, there is no way to anticipate every possible circumstance when you are drafting new laws.

Boy Esq. was willing to stipulate to this, but was troubled by the system’s lack of appellate procedure. Could protests be lodged?

In a flash of brilliance, I decided to include “arguing about the system” as a two-point offense.

This was a critical improvement, despite the obvious equal protection implications.

But by the end of the first day in conference committee, we had developed more amendments than would fit on the outside of the can. So we decided to scrap the can and go to the notebook system.

The notebook was plagued by “self-accounting” and some outright forgery. At the moment, I cannot say exactly where it is.

Thank you. You’ve been a wonderful audience. I will be here all week.

photo: Was the Magna Carta written in a day?

Posted at 10:15 AM in Boy, Esq., Confessions and bad advice, What Passes for Parenting | Permalink

WOW. Boy Esq. has struck terror in my heart. Is this my future?

My advice would be to crack down now on anything resembling debate skills...
SK

I Love you girls